A RIGHT BUNCH OF CHARLIES

Brian Freemantle has published 15 books in his Charlie Muffin series, of which I've only read the first - Charlie M back in 2014 - and which I loved which makes my continued ignoring of Freemantle's books all the more baffling. Inscrutable in the third in the series. Freemantle has written a whole lot else besides...

They call Charlie Muffin a traitor. He has been on the run ever since the blow-up in Berlin, when British intelligence declared him obsolete and tried to kill him. Charlie outsmarted them then, and he has done so ever since, staying one step ahead by forgoing any semblance of an even halfway normal life. Now he is alone in Hong Kong and his only protector and friend, Rupert Willoughby, is a hemisphere away.

Now Rupert is in trouble. He has invested £6 million in a massive new ocean liner but the ship is destroyed by arsonists, burning completely down in a Hong Kong harbor. The owners blame Chinese agents, but Charlie smells a rat and agrees to investigate. But the conspiracy is more dangerous than anyone knew, and it's not long before Charlie realizes that his good deed could be his last.

Charlie Huston is another author I haven't read for a few years - the back end of 2013 saw The Mystic Arts of Erasing All Signs of Death enjoyed. Huston has a few standalone novels and two series to his name featuring Joe Pitt - a sort of Vampire and Hank Thompson - not a vampire. Vampire's aren't usually my kind of reading which may partly explain the near five year break from his work, but I have enjoyed the odd one I've read - before 2102 when I started the blog. My Dead Body is the fifth and currently the last published in the Pitt series


NOBODY LIVES FOREVER. NOT EVEN A VAMPYRE.

Just ask Joe Pitt. After exposing the secret source of blood for half of Manhattan's Vampyres, he's definitely a dead man walking. He's been a punching bag and a bullet magnet for every Vampyre Clan in Manhattan, Brooklyn, and the Bronx, not to mention a private eye, an enforcer, an exile, and a vigilante, but now he's just a target with legs.

For a year he's sloshed around the subway tunnels and sewers, tapping the veins of the lost, while above ground a Vampyre civil war threatens to drag the Clans into the sunlight once and for all. What's it gonna take to dig him up? Just the search for a missing girl who's carrying a baby that just might be the destiny of Vampyre-kind. Not that Joe cares all that much about destiny and such. What he cares about is that his ex-girl Evie wants him to take the gig. What's the risk? Another turn playing pigeon in a shooting gallery. What's the reward? Maybe one shot of his own. What's he aiming for? Nothing much. Just all the evil at the heart of his world.

Not much Charlie Higson can't turn his hand to - acting, comedy, writing - books and for television and radio. I think I love him most for The Fast Show with Paul Whitehouse and others. Before he turned his hand to writing YA novels - my son and I met him at a book signing for one of the Young Bond books. He penned four novels in the 90s. Happy Now is the second.

'I do not believe that a man can be truly happy unless he fully understands what he is and can act accordingly ... how can it be wrong to be happy?'

These lines are taken from Will's diary, a seemingly innocuous exercise book which details his house-breaking activities. Will carefully selects houses - forty-seven so far - ensuring their owners will be in. As they cook their supper or watch television, Will (wearing surgical gloves and leaving no trace behind) enters not only their houses, but their secret lives. A secret museum, housed in his loft, is 'held together by sex'. All his trophies are carefully catalogued and he keeps a very precise diary of his activities and his thoughts.

All his life Tom Kendall had lived as quietly and normally as possible ... but he gave people the creeps ... 'kids didn't like him, or the cat'. When Tom discovers Will's diary he decides to adopt the same quest for happiness. Tom has problems of his own - a difficult temper, problems with his girlfriend, Maddie, and an overwhelming sense of powerlessness. Perhaps Will's diary holds the key?


I first read this author back in the late 80s, enjoying Laguna Heat and Little Saigon. Altogether he's penned about twenty books including six in the Charlie Hood series, which I haven't yet started. He's won three Edgar Awards and he's very good. Most of his books seem to be set in Southern California. L.A. Outlaws is the first in the Hood series


I started reading Duane Swierczynski in the mid 2000s - The Blonde, Secret Dead Men, Expiration Date and Severance Package before losing track of his books. I re-discovered him a few years ago and have since enjoyed Canary , The Wheelman and Fun and Games - the first in his three book Charlie Hood series

Left for dead after an epic shootout that blew the lid off a billion-dollar conspiracy, ex-cop Charlie Hardie quickly realizes that when you're dealing with The Accident People, things can get worse. Drugged, bound and transported by strange operatives of unknown origin, Hardie awakens to find himself captive in a secret prison that houses the most dangerous criminals on earth.

And then things get really bad. Because this isn't just any prison. It's a Kafkaesque nightmare that comes springloaded with a brutal catch-22: Hardie's the warden. And any attempt to escape triggers a "death mechanism" that will kill everyone down here--including a group of innocent guards. Faced with an unworkable paradox, and knowing that his wife and son could be next on the Accident People's hit list, Hardie has only one choice: fight his way to the heart of this hell hole and make a deal with the Devil himself.


Rough Riders is the sequel to Charlie Stella's first novel, Eddie's World. Ten years have passed and the action has moved from the streets of New York to the prairie state of North Dakota. What happens when a multiple murderer, the mob, a former cop, and the FBI mix it up in the frozen heartland? 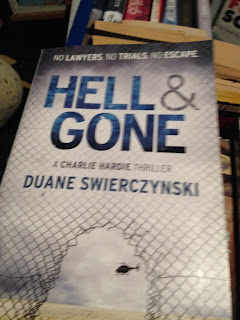 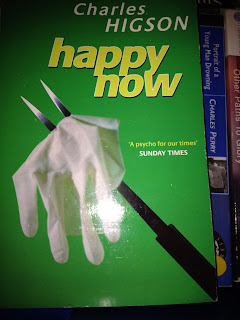 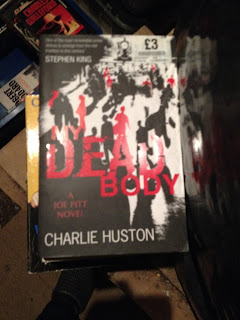 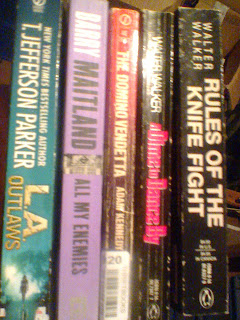 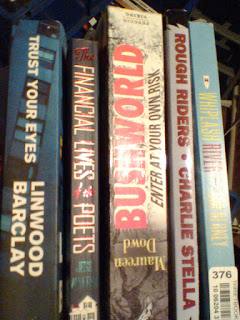 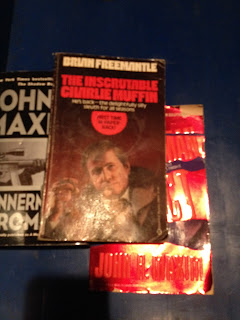