A couple of books from Northern Irish author Sam Millar. 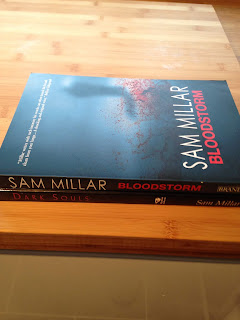 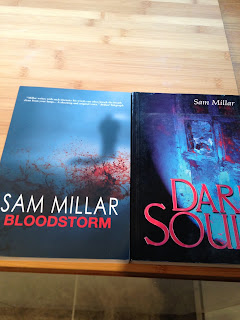 Millar is an author and playwright and a man with a controversial past.

From The Belfast Telegraph......Sam Millar is a prizewinning author with a criminal past. A former member of the IRA, he was jailed in the 1970s after being arrested with explosives in Belfast. On release he moved to the US where he helped rob $7.2m from the hitherto impregnable Brinks security operation.

I've previously read and enjoyed Millar's On the Brinks, an account of his involvement in a heist in the US, back in the days before the blog began. Another event that saw him imprisoned. 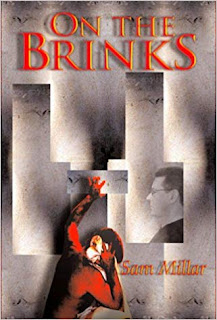 Sam Millar has written about ten novels - nine if On the Brinks is true crime - in total, including four in his Sam Kane PI series and half a dozen standalones. I have a few more of his on the pile in addition to these two. 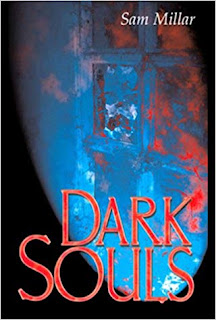 Dominic Tranor, a crime reporter with a large city newspaper, has been sent by his editor, to interview Larkin Baxter, a man condemned to die, guilty of multiple murders. Dominic does not want to be there; he had escaped once before, from Larkin, from justice... and from himself.

In a journey back in time and experience, to a place where true innocence was always a flickering illusion, Dark Souls brings the reader on a devastatingly raw journey that exposes bare the gossamer threads of evil and destruction that lie within all of us.

In his first novel. Sam Millar, an author who has truly experienced rendering pain, announces himself as an original, brilliant and uncompromising writer. 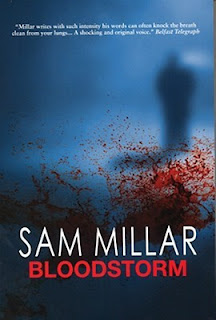 Karl Kane is a private investigator with a dark past. As a child, he witnessed the brutal rape and murder of his mother. The same man sexually molested Karl, leaving him for dead with horrific knife wounds covering his body. Years later, Karl has a chance to avenge his mother`s murder by killing the man responsible. The opportunity arises on one unforgettable Good Friday night.

For reasons he later regards as cowardice, Karl allows the opportunity to slip through his hands, only to be shattered when, two days later, two young girls are sexually molested and then brutally murdered by the killer on Easter Sunday morning. Karl now holds himself responsible for their deaths.