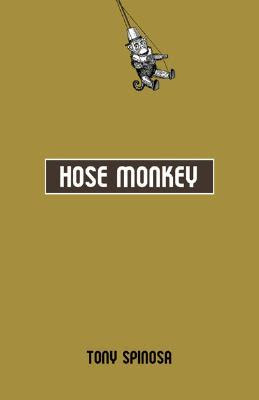 When former NYPD detective Joe Serpe hit bottom, he just kept on going. Having lost his career to charges of corruption, his family to divorce, his partner to suicide, and his fireman brother to the tragedy of 9/11, Serpe's world is nearly empty but for his cat, Mulligan. Living in a basement apartment in a blue collar town on Long Island, Joe spends his days filling tanks with home heating oil and his nights filling his belly with vodka.

But when a young retarded man who worked for Joe's oil company is cruelly murdered, Joe Serpe rediscovers purpose and grasps for a last chance at redemption. Along with his former Internal Affairs Bureau nemesis, Bob Healy, and Marla Stein, a brave and beautiful, group home psychologist, Joe wades into the world of street gangs, anti-immigration organizations, and the Red Mafia.

Hose Monkey is a rough and tumble ride through a violent, often cruel world, a world where it's hard to tell the bad guys from the good guys without a scorecard. It is a world of murder and extortion, but one in which an innocent Down Syndrome girl may hold the key that unlocks the mystery. At the same time, Hose Monkey is a story of salvation and forgiveness, a tale of justice done.


A Long Island murder mystery with the back drop of the heating oil business and with a couple of former cops, once at loggerheads, now working together to find the killer of a retarded man. The book's a dozen years old and the former cop investigating thing has been done to death, but here it seemed quite fresh and original to me.

I enjoyed reading about Joe Serpe's work as an oil delivery driver, the bits and pieces about the heating oil industry and then the awkwardness of crossing paths with the former IA cop, Bob Healy who cost him his job, career, family and future. We share Joe's grief at the loss of his brother in 9/11 and his current life revolving around work, drink, work, drink. We get a peek behind Healy's curtains too - the guilt he feels about Joe, awakened since their accidental meeting and the emptiness inside since his wife Mary succumbed to cancer.

The murder of a retarded man at Joe's workplace, invokes further regret as Joe feels he let the young man down, having failed in a promise to protect him. Time to become a cop again and investigate the death, particularly as the real cops are doing such a crappy job at it. An unlikely partnership is formed, as Healy with nothing but time on his hands joins Joe in investigating the death.

Ticks in all the right boxes, setting - I don't think I've read anything set in Long Island before; characters - lots to like and root for with the main three, Joe, Bob and Marla - the new woman in his life and a help in the investigation; plot - busy with lots going on but not too convoluted or complex; pace - not breakneck, not pedestrian - pitch perfect; resolution - satisfying and believable.

Amazon purchase history tells me I bought this one back in June, 2008, so only ten and a bit years on the TBR pile. Not too long then. Reed Farrel Coleman wrote a second book featuring Serpe and Healy - The Fourth Victim which I bought when I was halfway through this one. Something to look forward to in about 2029 by my reckoning.

I've read one book from the author before, many years ago before the blog began - Life Goes Sleeping, which was the first in his three book Dylan Klein series. The other two, as well as some of his early Moe Prager books sit on the pile.