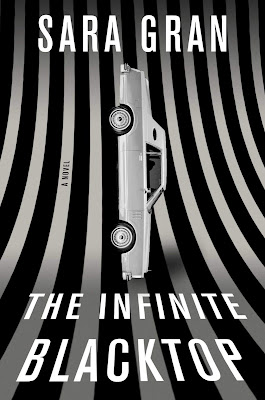 The "delicious and addictive" (Salon) Claire DeWitt series returns with a thrilling, noirish knockout of a novel that follows three separate narratives starring the self-proclaimed "world's greatest detective." As Cara Hoffman, author of Running, says, this "is a hard-boiled, existential masterpiece."

Claire DeWitt, the world's best private detective, wakes up one dark night in an ambulance in Oakland: someone has just tried to murder her. But she's not dead. Not yet.

More sure of herself than of the police, Claire follows the clues on a 52-hour odyssey through shimmering Las Vegas and the shabby surrounding desert to find out who wants her dead. But in order to save herself, Claire will have to revisit her own complicated past as she navigates the present: a past of childhood obsessions, rival detectives, lost friends, and mysteries mostly - but not always - solved.

Three intertwining stories illuminate three eras of Claire's life: her early years as an ambitious girl detective in Brooklyn (before it was gentrified), which ended when her best friend and partner in crime-solving disappeared; a case of an unexplained death in the art world of late-1990s Los Angeles, when, devastated by the demise of her mentor in New Orleans, Claire was forced to start again; and her current quest to save her own life from a determined assassin.

As the connections between the stories come into focus, the truth becomes clear. But Claire, battered and bruised, will never quit her search for the answer to the biggest mystery of all: how can anyone survive in a world so clearly designed to break our hearts?

Complicated, enthralling and a little bit head-scratching at the finale, which far from marring my enjoyment of this book, just has me thinking about it at odd moments ever since I've finished it. I'm tempted to re-read the last dozen or so pages to try and enlighten myself, or maybe not, maybe it will come to me at an odd moment of reflection.

The Infinite Blacktop is the third Claire DeWitt series book, but worked well enough for me on its own. I do have the first on the shelves somewhere (City of the Dead) which I'll get to one day, which will then give a better indication of whether to pony up for the second.

Claire is a PI and the self proclaimed best detective in the world and someone just tried to kill her with a car. We endeavour to discover who and why. We get the who in the end and Claire gets the why, me I'm still figuring it all out.

The journey to that point is bloody marvellous though, as several other cases and timelines are woven into the mystery. There's a Los Angeles cold case in the late 90s - the death of an artist which Claire works to gain the hours for her Californian PI license and there is the more personal mystery of the disappearance of one of Claire's teenage friends, back in New York when they were young adolescents sucked into the world of solving mysteries because of the teenage detective Cynthia Silverton magazine. Best friend, Tracy vanished without a trace and Claire's world has never been quite the same since.

Along the way, we discover the rivalries in the world of detection and the differing schools of approach to solving a mystery. Jacques Silette's great book Detection, discovered in the attic of her parent's house offering DeWitt her inspiration and direction. There's also the labelling of all the cases she has involvement in - The Case of the Curse of the White Pearl of the Tomb of the Lost Golden Lotus, The Case of Broken Lily etc etc. I'm still trying to recall what the labelling reminds me of.

DeWitt is an incredible character and a contradiction - on the surface, she's tough, capable, violent, irrational, destructive, intelligent; whilst at the same time lonely, vulnerable, afraid. We keenly feel her ongoing grief at the loss of her mentor,Constance Darling best friend and maybe lover. She's compelling reading. And I'm not going to disagree, she may be the best detective in the world.

Lots to enjoy here, the landscape of LA - in the late 90s and our present day Oakland (ok 2011); the flip-flopping timelines and tales. I was so totally immersed in the investigation into the death of the LA artist that I was kind of sad to be dragged back to Oakland and another spell trying to get closer to the present day mystery of who was trying to kill our heroine. Then in turn I was mesmerised by the Las Vegas scenes and the unravelling of the origins of the Cynthia Magazine, a key factor in two of our puzzles. 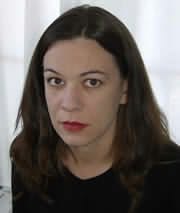 Quirky, off-beat, unusual and enthralling. I liked this a lot more than I kind of expected to.