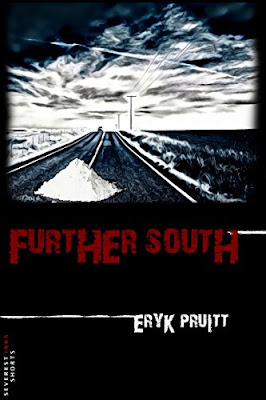 “She was in a fix alright and the only thing that would cure it was miles. Distance. Putting a lot of highway between her and her troubles.”

Meet Melinda… a badass, .22-carrying college student battling a destructive meth addiction whilst on the run from her junkie boyfriend, campus drug dealer Sam Tuley. Melinda is no shining heroine, but she has little time to dwell on the sins of her past when miles of future lie ahead of her.

In Further South by Eryk Pruitt, find out just why Melinda has hit the highway in a stolen ride with nothing but a gun and limited options. Twists and turns lace this bullet-sharp short that deals you characters and a world you’ll be clawing for more of.

Pruitt dispenses a fresh insight into student drug culture in Further South, both the selling and the snorting, unveiling how it’s a cruel paradox of blissful escape and cloying prison.

Further South is also available in paperback within The Severest Inks Shorts: http://getbook.at/Shorts

A couple of pages in and I was familiar with the set-up and scratching my head as to where I had encountered the piece before. Further South is the opener to Pruitt's Hashtag which was enjoyed in its entirety a few years ago.

A sticky situation, a volatile relationship, an argument, a storm out and some intended payback going awry - a pick-up, a drink and drugs party, some revenge sex and a Mickey Finn and hey presto - a sore head, your boyfriend's drugs have been stolen and there's gonna be some consequences. 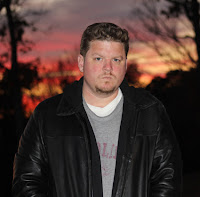 Short at 33 pages long. Was I disappointed that I'd enjoyed the story before? Not really I'm a fan of Eryk Pruitt's work and it was a short, sharp reminder that I ought to read the unread What We Reckon.

Interesting characters - full of bad choices and ill-thought out plans, decent action, fun dialogue - worth a pound of anyone's money.

Pruitt's Dirtbags has also been enjoyed before.