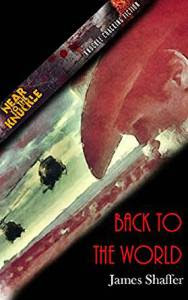 Johnnie Rae Piper is born in a tarpaper house off a dirt road in the Texas Panhandle just outside Amarillo. His mama, Jenny Piper, a midwife by trade, raises and home-schools him while his daddy, Tom Piper, is off fighting the Korean War. Tom comes home from Korea a changed man. He takes to drink and gambles away any money that comes his way.

In 1969, a low draft lottery number sends Johnnie to Viet Nam. After 18 months in the jungle, Johnnie is discharged and comes back to the world, back to his home. But he soon discovers the world of war he left behind and the world at home, aren’t that much different. He still has to fight. Ed Wills, the local loan shark, who answers to a crime organization that stretches across several states, comes to collect on his daddy’s gambling debts, and the war starts all over again.

Darlene, Jamie Sue and Kelly Jo, three cowgirls from Dallas, in their red, 1960 T-bird convertible help Johnnie escape the Texas mob, driving him into New Mexico. They’re in for a wild ride, heading west on Route 66 and the setting sun. The Dallas cowgirls’ dream is to make it to the Pacific Ocean. To make it happen, all Johnnie has to do was keep his eyes on the road behind for anything that might be coming up fast.


I'm slowly working my way through the catalogues of several small indie publishers and this is about the sixth or seventh I've tried from Near to the Knuckle aka Close to the Bone and it's another solid entry in their canon. Back to the World is James Shaffer's debut novella.

Texas in the 50s and 60s, family life disrupted by two wars - Korean and Vietnam and also by a father's weakness for drinking and gambling. Johnnie, the son back from Vietnam may not like his father, but he loves him and when the piper comes calling for payment in the guise of Ed Wills and a muscled side-kick, Johnnie isn't about to give up on the only family he's got left.

A violent confrontation, two bullies bested and a family double act splitting the cash found in the trunk of the Ed's car and heading for the hills - albeit two hills in two totally different directions.
That's not the end of the matter by a long shot. Wills wants his money back and to recover some face. Johnnie has his wits about him and a sound plan, but true to form Daddy's weakness for a wager, quickly resurfaces and draws attention. Our three amigos meet again for a final confrontation in the company of some good time Texas gals. Matters don't end well for everyone.

Short, sharp, pacey, I enjoyed the back drop of the two wars and Johnnie's upbringing mostly at the hands of his mother and with an interesting family dynamic, I liked the setting and the time frame of the book. The time spent in Johnnie's company was pleasurable but a little bit too brief. Our finale seemed a little rushed (like my review!) and I would have preferred a slightly extended tale. But as Barnum said (disputed) - always leave them wanting more. 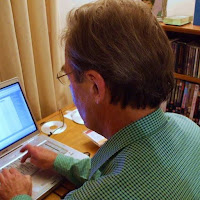 Hopefully James Shaffer has a sequel up his sleeve?