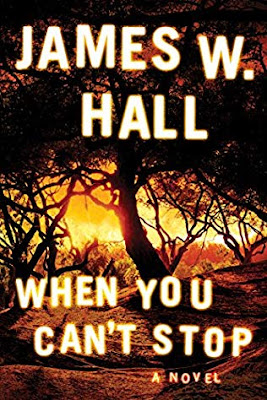 One woman’s quest for revenge, a dangerous international conspiracy, and ruthless corporations intertwine in this page-turner from bestselling author James W. Hall.

Despite Harper McDaniel’s best efforts, the man responsible for the murder of her husband and son was exonerated thanks to some slick legal wrangling. This blatant injustice has only made Harper more determined than ever to bring down the culprit. Her ammunition? Incriminating information about his olive oil operations in Italy. But the clues that she follows are leading her into the depths of a corrupt plot that is more poisonous and far-reaching than she realizes. And more dangerous, too, because her enemy is prepared for her pursuit.

Accompanied by her brother and mobster grandfather, Harper treks across Spain from Seville to a medieval castle, home to a successful olive farmer who is one of Harper’s closest allies. Shadowed every step of the way by a ruthless assassin, Harper is moving ever deeper into enemy territory—and questioning whom she can really trust on this personal path of justice and revenge.

My first James W. Hall book for a few years and my first time reading him where pretty much all the action takes place outside of Florida, in this case Spain and Italy. It's the second book with Harper McDaniel as the lead and though it worked well enough on its own, my enjoyment probably suffered a bit from not having read the first book - When They Come For You. My own fault, as I downloaded it on Net Galley then never actually got around to reading it.

McDaniel is hurting. She's grieving for her husband and son, probably murdered in the first book I guess. Revenge on Lester Albion, head of a huge global corporation and the man responsible for their death is her sole raison d'etre for living. It's a lone wolf task, as her brother, Nick and grandfather, Sal are side-lined initially as she decides to go it alone. However, as events unfold they become more and more involved.

We open with Harper undergoing some martial arts training in Spain, preparing herself physically and mentally for the inevitable confrontation further down the line. While she's involved in this, we have her tracked by Gerda, a former Olympic medal-winning decathlete now-turned assassin. Gerda is under instruction from someone at Albion, where her mother is the number two to kingpin, Lester to keep tabs on Harper.

Gerda has her own complex issues to deal with - sexually abused by her father, until she rebelled and killed him - her mother all the while aware of the abuse, but unwilling to act on Gerda's behalf. She's emotionally stunted and as begets a former Olympian, she's ultra-competitive and driven. She's ruthless, efficient and cold. Effectively an automaton - point her in a direction, whisper in her ear and watch her go and do her master's bidding. Unknown to her, she's also the object of head honcho Lester Albion affections.

Lester Albion himself is a weird one. Fixated on Gerda and determined to morph from a puny physical specimen into a man worthy of her attention. The regular blood swaps-cum-tranfusions with his young daughter are aimed towards that goal, despite the possible detriment to his daughter's health. He's infatuated and distracted.

Harper is investigating Albion Industries recent diversion into the olive oil industry in the hope of luring her nemesis out of his lair and executing her own brand of justice on him, having lost faith in the authorities ability or interest in achieving a legal solution.

Gerda eventually gets orders to eliminate Harper and there are several efforts to close her deal. All thwarted and usually at a cost to some innocent bystanders. She's a whirlwind/wrecking ball is Gerda and responsible for a swift sharp increase in mortality rates in our Mediterranean settings. Our heroine, Harper dodging assassination while investigating wrong-doing and scheming herself makes for quite an exciting and interesting read.

I enjoyed the back-drop of olive growing and the micro-potted biography of the industry's evolution and its importance both culturally and economically to olive growing regions of both Spain and Italy, with the potential for corruption both with EU agricultural funds and the organised criminal involvement in fake extra virgin oil. I never knew it could be so lucrative.

I did like it. Not sure that I would have been heart-broken had events turned out differently, but I was keen to go where Hall took us. I wanted a resolution however that transpired and I got one. I enjoyed the back-story and the various family history and dirt of all our players, not just that of Harper and her clan.

There's plenty of action throughout and elements of humour in some of our confrontations and exchanges and I liked the setting. Not too bad overall, though undoubtedly I would have appreciated it more had I read the earlier book with Harper. My fault for coming at it ass-backwards. 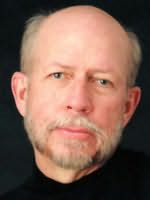 James W. Hall has written 20 plus books over the years. I'm more familiar with his long-running series character - Thorn and a Florida setting, though I haven't read anything from him since 2010 when I started compiling a reading record. Hall has also excelled as a poet and short-story writer.