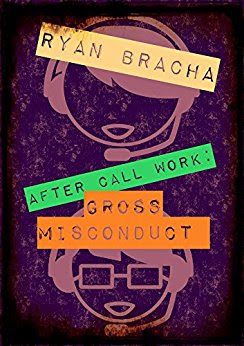 "This needs to happen. He's everything that's standing between me and happiness."

Stevie Weller is a man with a lot of enemies. He's a bully and a sex pest who's only an opportunity away from destroying somebody's life forever. He must be stopped. Front runners in the race to end his reign of vulgar terror are John and Danielle.

One of them is a call centre Deputy Team Leader with designs on a full time position as Team Manager, harbouring pipe dreams of what the extra two grand a year could do for his pockets, bullied on a daily basis and wallowing alone in the friendzone of one of Stevie's past conquests, who can't get over her hatred of the boy.

The other is brand new, just coming out of her two weeks of training, but she has ambition to match anybody. She knows what she wants, and she knows how to get it. She's worked out her route to the top and would step on her own family if it meant a leg up on the career ladder. There are two things annoying her just now, though; the Deputy Team Leader who stands in her way, and the awful tanned boy who can't help himself from sending dick pics.

A tale of ambitious people in a place that eats up ambitious people and spits them out, the spiteful as hell second book in the acclaimed After Call Work series dishes up plenty of answers, but they're only going to lead to more questions.

My second go with Ryan Bracha straight after enjoying After Call Work: Verbal Warning. If anything he's topped it here and is even funnier second time around.

We are back in the familiar setting of our call centre and while some of the characters are familiar from Verbal Warning we've a new bunch to admire and despise. Still plenty of bullying prevalent here, but our main focus is work place ambition.

John wants the promotion. His personal life is a train wreck, a consequence of a failed relationship with the girlfriend from hell. The ex-girlfriend also has the parents from hell, but there's the shining light of a daughter he cares for dearly but doesn't have the funds to look after her like she deserves. Romantically, he has his sights set on Zena, but she doesn't see him that way - friends only as far as she is concerned. John seems to have some of the social awareness skills of poor old Barry from our last outing. The fantasy film of his life with the job, Zena and his daughter all playing happy families is on a near permanent loop in his head. Dealing with troublemaker Stevie, sex-pest and misogynist may seal him the deal. Stevie's not going to go down without a fight.

Sneaking up on the rails and planning to thwart John's ambitions is Danielle. She's the newbie but she's got things sussed. Easy on the eye, but she has some serious scheming whirling in her pretty head. Less cunning stunts and more cozying up to some unsuspecting workplaces allies, may get her where she wants to be. If only Stevie would stop bothering her.

Great characters, both main and supporting, as we get enough background and history on most to elevate them to more than cardboard cut-outs. Rude and bawdy dialogue, incredibly funny - reminded me a bit of Danny King and Carl Hiaasen. At the core of it all, are some nuggets of truth and expert observations on the politics of the workplace. Towards the end I kind of felt the plot veers off a bit into farce, divorcing itself a bit from reality, but it was the perfect book at the perfect time. 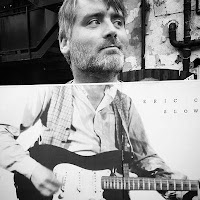 Ryan Bracha is the author of nearly a dozen novels. The first in this series was enjoyed immediately before this one - After Call Work: Verbal Warning