A hard-boiled crime thriller from the best-selling author of Brick
Suicide. Drugs. Murder.

DI Braddick is put on the case when a hijacked drug deal has resulted in murder and an eye witness goes missing. When victims are discovered strung up from the rafters of an abandoned fish factory, on the Anglesey coastline, the police are baffled as to what went on. A deserted trawler found at the scene helps Braddick put the pieces together.

Could this be the work of a notorious Russian crime family?

When an undercover officer goes missing everything points to an informer for the family and it is clear they will stop at nothing to the silence the leak and have their revenge.

I do generally enjoy books which have a fast-placed plot and plenty of action. When they are written from a multiple narrator viewpoint they can seem slightly confusing. Not so here.

My first outing with Conrad Jones and we have a tale of a drugs deal gone wrong, or right depending on your perspective. (Are you Russian?) The deal is hijacked and a scene of multiple death and torture is left in its wake.

We then follow the police, a Liverpudlian crime gang and a couple of Irish gangsters, as they all seek to discover who did what to whom. The police - especially keen as a couple of their own have lost their lives in different incidents which have to be more than pure coincidence.

I really enjoyed this one. Plenty of characters to root for, lots of banter, a police investigation to follow, with possible corruption in the ranks, some seemingly untouchable Russian mobsters, and a bit of a falling out between our criminal gangs, which soon escalates to a violent free for all.

Plenty of testosterone on display, but equally some fantastic humour. The pow-pow between our Irish double act and our Scouse criminals had me roaring.

No shame in admitting I was rooting for my fellow compatriots from the Emerald Isle to come out on top in our high stakes game! 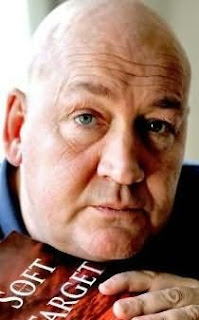 Enjoyed the ending, a decent outcome with a twist in the tail. I'm definitely going to be reading more from Conrad Jones in the future.

There is an earlier book from the author Brick which features the same investigative team which I'm hoping to read. Conrad Jones is the author of at least a dozen novels in total. His Facebook page is here.