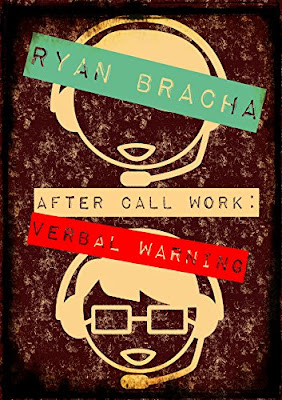 Call centres. Contact centres. Outsourcing specialists. Whatever you want to call them, they're the bane of the lives of every poor soul who earns their crust shackled by the ear to a never ending stream of faceless voices, security questions and brown nosing colleagues desperate to get off the phones. Hanging on to their sanity and their jobs as a river of crap rolls downhill from above, Barry and Penny are two such souls.

One is a born loser, HR department harasser and victim of bullying from every angle, rapidly descending into a mental pit of darkness he may never get out of. The other is a popular and attractive party girl who contracts some unwanted guests and vows sweet revenge in the wake of her rise to national notoriety. Both have an enemy in Stevie; shagger, bully, and all round bad boy.

It's only a matter of time before somebody snaps, and it's not just the customers that are paying.

A blacker than black comedy from the mastermind behind The Switched and The Dead Man Trilogy; when all that matters is your handling time and your compliance, how the hell are you going to fit in your After Call Work?

"Bracha has all the talent of a Billy Connelly or a Roddy Doyle in observing people and conveying the best and worst of human nature to his readers with deadly and often funny accuracy..." - Mark Wilson, author of On the Seventh Day, dEaDINBURGH, and Alice.

Ryan Bracha is an author I've had on the kindle for a while now, but never got around to reading - a big mistake. Savagely funny, crude, rude and probably - though it might be sexist to say it - a lad's author.

My youngest daughter worked for a while in a call centre, so I was keen to gain an insider's view of her life at work. I kind of wish I hadn't.

Barry is the social misfit and the easy target for Steve - the office Jack the Lad - and his bullying.

"What's for dinner, Fat Fuck? A bucket of salad and a gallon of low fat jelly?" A hushed and malicious voice asks. Steven. I hate Steven. He's very mean to me. I take out my notebook and I write his hurtful comments down under the eight different things he's already said to me today. He grins at me and then his mouth opens.
"Darren! Barry's got his notebook out again, supposed to be a paperless environment," he states. God, I hate him.
Our team leader's head pops up from his computer and looks accusingly at me.

Life doesn't get any better for Barry than this until the gorgeous Penny throws a sympathetic look his way and sends him a Facebook friend request. In Barry's head, with his awkwardness and lack of awareness and non-existent social skills, that's akin to a marriage proposal.

When Penny after an ill-judged sexual encounter with Stevie gets humiliated by him sharing details of their encounter on social media which then goes viral, Barry's head fantasies about the girl of his dreams get ramped to the nth degree. Who else but noble Barry on his sturdy white charger can save Penny, not only from herself but the detestable Stevie?

I really liked the way the author manoeuvers around the reader's emotions. Barry is initially the object of our sympathy; then he attracts this reader's ire for his pathetic pursuit of Penny, totally mis-reading the situation, before coming full circle back to being an object of pity and a liberal dose of reader shame, when things don't end well for poor Barry.

Stevie's a total misogynist, but I doubt if I've read about a funnier character in the last year or so. Our feeling towards Penny also flip-flop about during the course of our narrative.

I really enjoyed the depiction of the workplace, albeit magnified and exaggerated to a totally different level, a long way divorced from reality. We've all worked at places were some employees, usually one, seem to be a little bit more equal than the others.

Great characters, tremendous humour which won't be everyone's cup of tea, fantastic dialogue and a plot that kinds of starts serious but stretches to absurdity. In Bracha's hands I was quite happy to sit back and enjoy the ride. 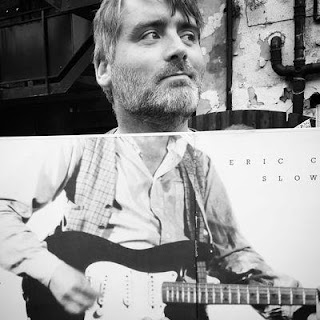 Ryan Bracha is the author of nearly a dozen novels. The second in this series was enjoyed immediately after this one - After Call Work: Gross Misconduct.