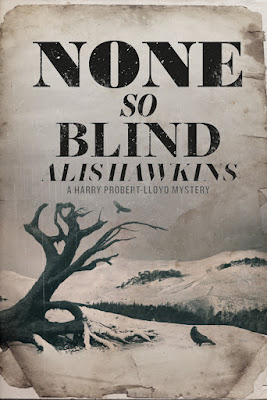 A brilliant new historical mystery series set in the 1850s.

West Wales, 1850. When an old tree root is dug up, the remains of a young woman are found. Harry Probert-Lloyd, a barrister forced home from London by encroaching blindness, has been dreading this discovery. He knows exactly whose bones they are.

Working with his clerk, John Davies, Harry is determined to expose the guilty. But the investigation turns up more questions than answers. Questions that centre around three names. Rebecca, the faceless leader of an angry mob who terrorise those they hate. Nathaniel Howell, a rabble-rousing chapel minister preaching a revolutionary gospel. And David Thomas, an ominous name with echoes from Harry’s past.

Is it Rebecca who is intent on ending Harry and John’s enquiry? Why did Nathaniel Howell disappear when Rebecca’s insurrection was at its height? And can Harry keep the secrets of his own past safely buried?

The search for the truth will prove costly. But will Harry and John be the ones to pay the highest price?

Meticulously researched, None So Blind is a wholly authentic evocation of a fascinating but
neglected historical period as well as a complex and deeply satisfying crime thriller where
nothing is as it seems.

Another departure from my usual fare with a historical mystery set in west Wales in 1850.

A set of bones have been discovered beneath a fallen tree and Harry Probert Lloyd believes he knows who they belong to. When the death is declared accidental at an inquest he defies his father and sets out to investigate who is responsible.

I really enjoyed this book and my initial doubts about its suitability for me were soon quelled. Interesting, informative and entertaining. I was fascinated by the backdrop to our mystery, the Rebecca Riots which occurred between 1839 and 1843. These were a series of protests in rural Wales by the poor against unfair taxation and usually involved the destruction of toll gates and the terrorising of local landowners by the visitation of a masked mob mostly dressed up as women.

Our investigation starts a few years on from the riots, but the shadow of previous events hangs over the community as Harry begins his unofficial enquiries. Further complications to his progress is the fact that his sight is failing and he is slowly going blind. To overcome this obstacle he enlists the services of a law clerk, John Davies.

There’s some interesting dynamics at play within the book. Class is important. Harry belongs to the landed classes and his father, a magistrate is an important pillar of the community. The skeleton discovered was Harry’s secret sweetheart, Margaret Jones who was a worker on one of the local farms. The illicit romance was thwarted by Harry’s father sending him away. Tension still exists between the pair, with neither of them able to communicate openly and honestly with each other.

Intriguing characters, especially Harry and John, both of them carrying their own secrets from the past. Its enjoyable watching their relationship evolve into one of friendship and trust from a standing start of employer and employee - upper and lower class.

Great setting, interesting period and a slow burner of a mystery which gets resolved satisfactorily. There’s plenty of historical fact and social history as a backdrop, but it adds flesh to the book without bogging down the narrative. Definitely one of the more unusual and quirky books I’ve read of late. 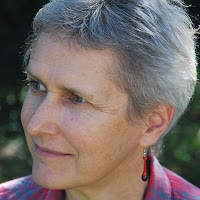 Alis Hawkins has an earlier book to her name – Testament.