QUESTIONS AND ANSWERS WITH ROGER A. PRICE 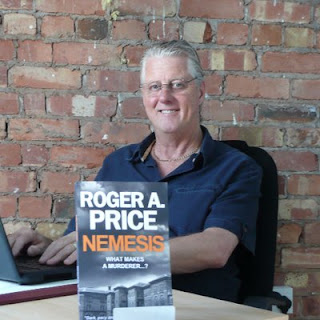 Roger A. Price author of Nemesis and By Their Rules (and others) answers a few questions for the blog.

I retired from the police in 2008 as a detective inspector and worked as a private contractor for a while but knew I had to write. I now had the time, so no more excuses. I started writing my first novel in early 2011 and by 2013 I was writing full time.

I take my wife to work in the morning and arrive back to an empty house around 8.30 am. To me this is like walking into the office. I usually spend a couple of hours downstairs dealing with social media and other online stuff, before heading to the loft where I have an office and I get down to my current work-in-progress. I leave to collect my wife around 4.30pm and then may do some online marketing in the evenings.

Never. Too dangerous and too restrictive from a point of view of character development. If you base a character too much on a known person it can restrict you in what you have that character do. Plus there is a little thing called libel to consider. I do however construct my characters as a composite of various factions, some real and some made up and mash it all together. The characters naturally develop anyway as the story lengthens.

Bit of both. I start off with a loose premise and direction and then plot the next five or six thousand words into a skeletal premise. I then write it up and let the story meander from the skeleton whilst adding flesh to the bones.

I tend to write from my experiences as a detective, or at the very least, I allow those experiences drive my fictional ideas. Of all the harrowing things I have had deal with some subjects for me are out-of-bounds as too painful, or immoral to utilise. Offences against children, the disabled or involving incest are the main ones. Fact is worse than fiction.

Can you tell us a bit about your published books so far, four to date I believe? Is there one you are more proud of than any of the others? Which and why? Which would you press into a reader’s hand ahead of the others?

Ah, a toughie. My first novel was ‘By Their Rules’ and will always have a special place in my heart as my first-born. ‘A New Menace’ followed which I thought was a better read. I then started a new series as I changed publisher and ‘Nemesis’ was born.  I am really pleased with this and enjoyed exploring the psychotic behaviours of the main antagonist. This has just been followed by the next in this new series (The Badge and the Pen series) and is called Vengeance. In this one I have added a political element and think it is my best work so far. I know a lot of authors would say that their latest was their best, but the ending in Vengeance took a lot of organising and I think it is the best finale I have written. I hope the readers agree.


What’s been the most satisfying moment of your writing career so far?

Another toughie! The journey as a writer is a continuing one with many highs and lows along the way. I suppose when you first realise that a complete stranger has read your work and simply loves it, it is very rewarding. It is a high that recurs interspaced by the not-so-highs and continually keeps you motivated.

Very difficult in today’s crowded marketplace and adding to your readership is a constant area of work on a daily basis. Being invited onto blogs such as yours Col is essential to emerging and established voices alike. So thanks for the invite, it is much appreciated.

Ha ha, no I’m afraid not. If you believe you have created a “gem” then you should put everything you have behind it. I work on one project at a time, but if I failed to place what I believed to be a gem I would try self-publishing rather than abandon it.

I’m halfway through the next in the Badge and the Pen series – a follow on to Vengeance – but have put my foot on the ball while I consider exactly which direction it should next head. When that muse hits me I know it will drag me off at breakneck speed. It’s a great feeling when that happens.

Typing the words “The End” for the first time. (You’ve reached that ultimate goal of finishing the first draft of your manuscript).

Typing the words “The End” for the first time. (You know the hard work of many re-writes/edits etc. starts now).

The Wrong Side of Goodbye by Michael Connelly,
Silent Scream by Angela Marsons,
The Witness by Simon Kernick,
The Girl on the Train by Paula Hawkins

Any of the above and none of the above. I love to try new writers as well as my old favourites.

Too many to list, there are so many great reads out there.

Seeing my grandchildren or riding my motorcycle. 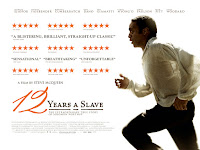 Twelve Years a Slave – so powerful and hard to believe it was a true story.

TV addict or not? What’s the must watch show in the Price household?

I love any and all TV drama, thrillers and cop procedurals in particular.