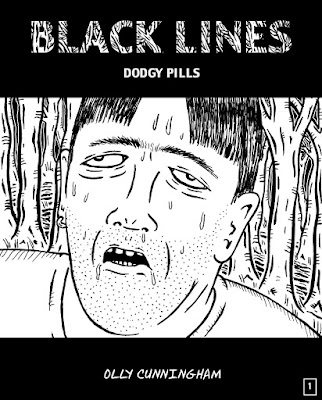 A visual story of sex drugs and social deprivation, based in Dublin, Ireland. Drug dealers Tommo and his father-in-law Jimmy receive a new batch of pills from a very different source to their usual guy, they test them out and things get very strange indeed. Tommo is on a mission to confront this new dealer, Will he survive this Dangerous overlord? Not for the easily offended.

Hmm......well not sure I will be seeking out further adventures from our drug dealing pair.

I liked the artwork, but I’m not a massive fan of comic books/graphic novels. I do appreciate the skill and talent that goes into the creation of characters and being able to consistently reproduce recognisable people. I can’t do anything better than stick figures myself.

The story was mildly amusing but the whole shebang was let down by the formatting for Kindle readers. I don’t want to get too picky, (it was a freebie book after all) but the pictures to the RHS of the screen were cropped which also affected the dialogue which showed up incomplete. I know I’m an old bugger but there was also a lack of sharpness to the screen images and in places the speech was also indecipherable. That said I got the gist of events. You would be better off seeking out a printed version if you want to give this one a go.

A short tale of drugs, drug-dealing, and an uncomfortable outcome for our two main participants when the pills they imbibe take them on a trip they probably wouldn’t want to take otherwise.

Social commentary? Not sure, maybe a bit laddish and immature with the crude depictions of two men getting it on together and the shame they feel about it afterwards. Like I said earlier, maybe I’m just getting old. 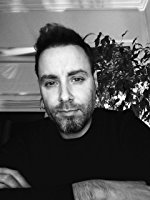 Olly Cunningham can be found at his Black Lines Comics website here.