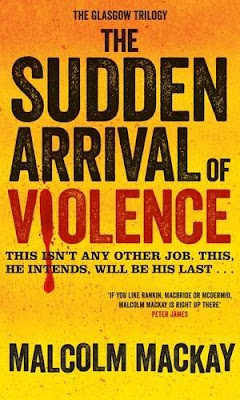 It begins with two deaths: a money-man and a police informant. Deaths that offer a unique opportunity to a man like Calum MacLean. A hit man who has finally had enough of killing.

Calum plans an unprecedented escape just as his employers need him the most. Glasgow's biggest criminal organizations are gearing up for a final, fatal confrontation.

The panic over Calum's abrupt disappearance may finally give Detective Michael Fisher the chance he need to close the case of a lifetime. But first, he must track down a man who has become a master of disappearance. A man who has staked his life on staying in the shadows.

Who reads a book, absolutely loves it and wants to shout about it from the rooftops to anyone who might listen, then doesn't bother writing a few thoughts about it until 15 months after reading it? Err....me.

An amazing book.....pace, action, characters, setting, plot and a fantastic closer to a brilliant series.

It's not all about killing people, it's about character and isolation and sacrifice and lifestyle and about business and strategy and double dealing and subterfuge and loyalty and respect and fear and friendship and family.

Calum's our favourite hitman and we shouldn't really like him but we do. He feels his time in the game is coming to an end and he wants out. Not something that is really an option when you do your best work for the Jamieson organisation.

When his bosses get a sniff of his intentions, you know things aren't going to end well. Someone's also been talking to the "polis" and a capable cop thinks he has a crack at bringing down the organisation. Incredibly, DI Fisher and Calum MacLean might have a wee bit of common ground to work with.

I'm smiling this morning just thinking about this book and series and am sorely tempted to start again at the beginning. Sod the 4000 plus books in the tubs that haven't had a sniff. By a country mile Malcolm Mackay is my favourite Scottish author and this my favourite series of books!

The series is as follows, with a 70-odd page shorty as well. (Hit on books 1, 2 and 4 for my earlier thoughts) 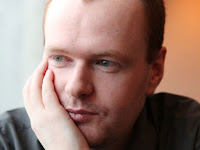 At least two of the novels have characters from the Glasgow Trilogy featuring!
Good reading times ahead, I'm off to find my Malcolm Mackay cheerleader outfit!