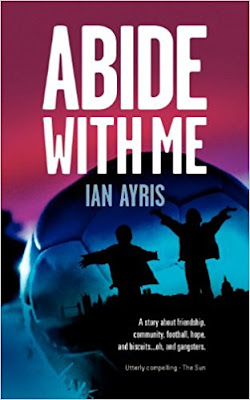 Two boys.  John and Kenny.  One streetwise and football mad, the other cold and unfathomable.

It's nineteen-seventy-five.  The heart of London's East End.

As John celebrates the Hammers beating Fulham in the Cup Final, Kenny tumbles out the door of the new people's house across the street having taken a beating of a different kind.

When the new school year begins, John befriends Kenny, defending him from the ridicule of his classmates.

But when you become mates with someone as odd, as downright terrifying as Kenny, nothing is ever straightforward.

Amidst the turbulent years of late seventies London, the lives of John and Kenny spiral out of control.

They meet again, years later, and  local villain, Ronnie Swordfish, is after Kenny's head.  All John can do is watch.  Kenny, he ain't saying a word.

So when Ronnie gives the order to fetch his three foot Samurai sword, John thinks the game's all but up.

Abide With Me is a story of football, friendship, and hope.

A story of how two boys walked blind into the darkness . . . and emerged as men.

'I absolutely loved Abide With Me and in places was very moved, to both laughter, and tears'   Trevor Drane - Revelation Films

'It's literary, it's crime. Expect to be moved and taken to a whole different world that is as real as your own' Eric Beetner - Author of Dig Two Graves

I've had this one on the kindle for a while now and when Ian Ayris recently released the follow-up to this - April Skies a month or two ago, I thought its probably overdue a read.

Our story is related through the eyes of young John Sissons and it resonated with me. I think I'm probably a year or two older than John, but I remember being a boy in the 70s...... the obsession with football, the friends in the classroom, the scrapes in the playground and the birthday parties.

John is a West Ham fan, as is his dad, but we won't hold that against them. I can recall the Cup Final of 1975 - West Ham vs Fulham. I remember it because it was the day we got our first colour telly! Nostalgia rules. Reading this, opened up a window back to my own childhood.

Sissons family life.......Baby Sister Becky is an infant, Nan and Grandad are gone, dad loses his job, his mum goes out to work part time, stacking shelves with Aunt Ivy at Fairways, the Silver Jubilee, Elvis dies - that doesn't help dad - and his drinking gets worse.

John is growing up. He's not applying himself in the classroom and he's making some poor choices outside of school. Petty thieving leads him on the path to more serious trouble. It's a laugh with Keith and Thommo, even if Thommo has his head stuck in a bag of glue a lot of the time. Stealing fags from the corner shop, popping up the West End for a bit of shop-lifting, home in time for tea.

And then there's the strange kid Kenny across the road. He doesn't say a lot does Kenny and an abusive father that terrorises him and his mum hardly helps. Domestic violence is never an easy subject to read about. John has the fly on the wall witness account, when he visits Kenny for tea one day. Not pretty. Bullying at school, Kenny's an easy target, John sticks up for him.

Time passes and situations change - 1980 Division Two football and another cup run with the Hammers. John enjoys the 1980 Cup Final with his dad - West Ham - Arsenal......Billy Bonds, Alvin Martin, Liam Brady (boo) and Trevor Brooking. Enjoys it up to a point anyway - Trevor Brooking scores with a rare header, but tragedy strikes his dad.

Family loss, bereavement, grief, anger, disbelief and his life without the guiding influence of his father, is soon going off the rails - a lot more so than before.

There's a heavy price to pay for John and ultimately Kenny.

A great book, related authentically in an East London voice, but without the annoying trope of rhyming slang - no apples and pears or jack'n danny here and thankfully no Pearly King and Queen.

A tale of childhood and adolescence, family and community and poor choices and unintended consequences. 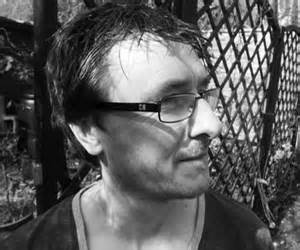 Ian Ayris has written a follow up - April Skies (also read in May) and a novella One Day in the Life of Jason Dean.