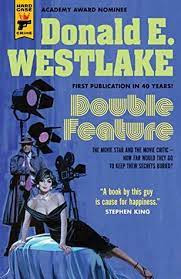 Synopsis/blurb ....
THE MOVIE STAR AND THE MOVIE CRITIC — HOW FAR WOULD THEY GO TO KEEP THEIR SECRETS BURIED? DOUBLE FEATURE Contains two CLASSIC Donald E. Westlake novellas, A Travesty and Ordo
WHAT’S HIDDEN BEHIND THE SILVER SCREEN?
In New York City, a movie critic has just murdered his girlfriend – well, one of his girlfriends (not to be confused with his wife). Will the unlikely crime-solving partnership he forms with the investigating police detective keep him from the film noir ending he deserves?
On the opposite coast, movie star Dawn Devayne – the hottest It Girl in Hollywood – gets a visit from a Navy sailor who says he knew her when she was just ordinary Estelle Anlic of San Diego. Now she’s a big star who’s put her past behind her. But secrets have a way of not staying buried…
These two short novels, one hilarious and one heartbreaking, are two of the best works Westlake ever wrote. And fittingly, both became movies – one starring Jack Ryan’s Marie Josée Croze, and one starring Fargo’s William H. Macy and Desperate Housewives’ Felicity Huffman.
A book by this guy is cause for happiness - Stephen King
A couple of enjoyable tales from Donald E. Westlake, both centred around the world of film.
Book 1 - A Travesty concerns a movie critic who accidentally kills his girlfriend, gets away with it, befriends a cop investigating the death, helps him on a few cases, crosses paths with a blackmailer, deals with him appropriately, ditto another sometime girlfriend, lays some pipe where he shouldn't and then suffers the consequences. Karma's a real bitch.
Lots of sly, dark humour present. It was a good fun read, with a cracker of an ending. Our main character railing at the injustice of it all.
Book 2 - Ordo is a lot shorter. A sailor discovers that the girl he married 16 years ago - a short-lived affair as her mother got it annulled as the bride was only 16 herself - and who he had largely forgotten is actually a Hollywood film star and bombshell. They reconnect.
I found this one more serious. It centres a lot around identity and change. Do people stay the same throughout life as circumstances, opportunity, personal growth, ambition all takes them down different avenues.
I wouldn't say I found this one heartbreaking, but thoughtful definitely. I think it's quite relatable to everyman. What would people from my 20 years ago past who I haven't seen in the meantime make of me now? And me of them? I'll never know, because I'm the man who crosses the road, ducks into a shop front and self consciously pulls up the coat collar and pretends he hasn't seen anyone. The past is a foreign country apparently. I happen to agree.
Overall I really liked the pair of them and with the commonality of the film world, but the disparity between the seriousness of the stories they compliment each other perfectly.
4 from 5 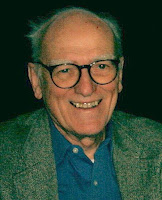 I've been reading a few Westlake novels in the past few years - standalones mainly as I psyche myself up for tackling the Stark - Parker/Grofeld books and the Westlake Dortmunder series.
Sin Hellcat (with Lawrence Block), Castle in the Air and The Busy Body have been enjoyed of recent times.
Read - June, 2020
Published - 2020
Page count - 256
Source - Leighton Buzzard library
Format - paperback
Some if not all of this content was previously published in the late 70s as Enough. This was a book I owned previously, but which didn't survive a purge of the collection some years ago.
Posted by col2910 at 05:45