Six more into the collection. 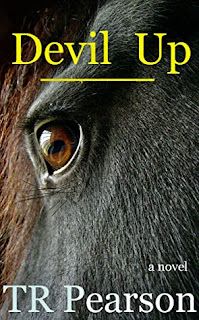 TR Pearson - Devil Up (2021) - purchased copy
An author whose books I usually buy when they drop, but don't read very often.
I loved his East Jesus South.
In the spring of 1879, a sixteen-year-old boy from the Virginia uplands finds himself alone on the Great Plains with a Colt Navy revolver and the family mule. What was meant to be a frontier adventure with two of his friends has turned into a solitary ordeal as he makes his way across a sparsely settled and largely lawless piece of the world. He’s bound for California and narrates his journey in harrowing and hilarious detail, telling the story of a farm boy from back east who becomes -- through pluck and heart and more than a little gunplay -- a man. James Hardy - Courage (2021) - review copy received from publisher, Dark Edge Press
Not usually one for serial killer books, but this one has some appeal. Intriguing set-up.
Joanne Sinclair wants Leroy Martin's help to find a serial killer dubbed the Dorking Devil. The problem is, he's a criminal who spent two years in prison and she's the detective who helped put him there.
The unlikely duo team up to find the man and bring him down and, surprisingly, they make a good pair. But it isn't long before Leroy's past catches up with him, putting them both in grave danger. 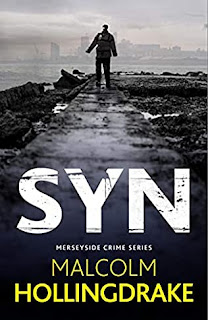 Malcolm Hollingdrake - Syn (2021) - review copy courtesy of pubisher, Hobeck Books
An author I've been meaning to try for a while.
Retribution and Time
An everyday Friday night out. A few too many drinks.
A few harsh words said. No one was hurt.
All easily forgotten.
Both can heal
Except he didn’t forget. Their threats. How they made him feel…
They must pay - with their lives.
But one will always leave a scar…
A young woman goes missing. She’s done it before, but Detective Inspector April Decent senses this time it’s serious. Can she convince her colleagues she’s right before it’s too late?
Decent and her DS Skeeter Warlock face their most deadly opponent yet in Syn, the second novel in Malcolm Hollingdrake’s superb Merseyside Crime Series. 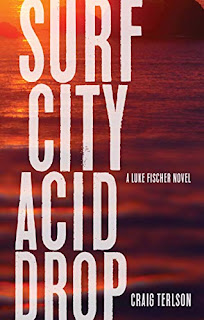 Craig Terlson - Surf City Acid Drop (2018) - Amazon Freebie purchase
Another new-to-me author
In between happy hours at the El Rayo Verde, Luke Fischer is hired to find people – even when he denies that he is a detective.
When Luke finds a dead junkie in his hotel room, he knows his lazy days of Mexican beer, surf rock, and Cholula soaked peanuts are about to end. Fearing the local policia will tie him to the murder, Luke bolts from Puerto Vallarta and abandons his search for his client’s wandering brother.
When Luke runs into a thug known as Mostly Harold, who has a fondness for lizard boots and Burt Bacharach, he discovers that he is not the only one looking for his client’s brother. Luke chases leads into Colorado Springs, the hazy mountains of Missoula, and all the way to the street life of Montreal. Along the way, Luke finds out the truth about his client, and why someone would pay a fortune for a bag of stolen rocks... but more importantly, why he was really hired. 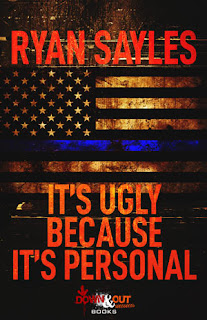 Ryan Sayles - It's Ugly Because it's Personal (2021) - purchased copy
An author I've read before, usually in anthologies - Junk, Maybe I Should Just Shoot You in the Face, Exiles: An Outsider's Anthology, Trumpocalypse: A Total Disaster - but also his double helping with Chris Rhatigan - Two Bullets Solve Anything
In the city of Carcasa, gunshots devastate the night as a patrol officer makes a traffic stop. The occupants—three dealers caught in the act of muling—set into motion a course of actions that can only end badly. Now, one is dead, another fleeing on foot and the third tearing through neighborhoods in a bumper car-style chase. Furious, grief-stricken officers on their heels with their brother fighting for his life on the side of a road.
The shooter escapes, and the PD begins their hunt to find the shooter before he lucks out, fades into memory. With what information they have, they dig; the dirt that is the shooter’s life getting thrown over their shoulders by the shovel-full. Family, friends, employment, any avenue of refuge for him begins to burn. Things get complicated along the way. The kind of complicated that goes into a body bag. The art of flushing out the enemy is a sacred practice, best done with smoldering rage.
But, after a man has nowhere to hide, having him out in the open might be worse. 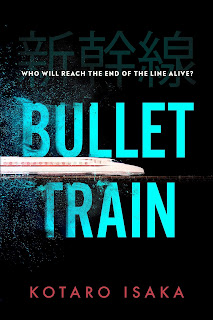 I'm still searching for the elusive banging Japanese crime novel, not that I've looked that hard. Maybe this is the one.

Five killers are on a bullet train from Tokyo competing for a suitcase full of money. Who will make it to the last station? An original and propulsive thriller from a Japanese bestseller.

SOON TO BE A MAJOR MOTION PICTURE

Satoshi looks like an innocent schoolboy but he is really a viciously cunning psychopath. Kimura's young son is in a coma thanks to him, and Kimura has tracked him onto the bullet train heading from Tokyo to Morioka to exact his revenge. But Kimura soon discovers that they are not the only dangerous passengers onboard.

Nanao, the self-proclaimed 'unluckiest assassin in the world', and the deadly partnership of Tangerine and Lemon are also travelling to Morioka. A suitcase full of money leads others to show their hands. Why are they all on the same train, and who will get off alive at the last station?

A bestseller in Japan, Bullet Train is an original and propulsive thriller which fizzes with an incredible energy as its complex net of double-crosses and twists unwinds to the last station.