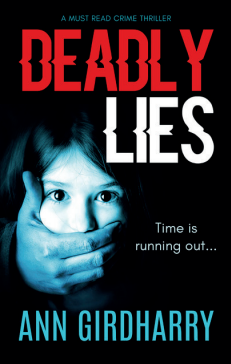 Synopsis/blurb ....
Time is running out...
When six-year-old Emily and four-year-old Lisa are abducted from their grandparent’s house, Detective Grant and psychologist Ruby Silver race against time to find them.
The family have their fair share of enemies and when they receive a ransom demand from the kidnapper, secrets from the past come to light. Then a murder throws the investigation into turmoil as treachery and lies threaten to tear the family apart.
Who is responsible for the abduction and why?
And could the answers lie closer to home than anyone ever imagined?
My second recent encounter with Ann Girdharry's work in the past few months, this time with a police procedural/thriller as the detectives struggle to resolve the abduction of a couple of young girls - sisters, before serious harm befalls the older one. Emily, a six year old, as ascertained from video footage released by the kidnapper is seriously unwell.
This is the third in the author's Detective Grant series, but worked well enough as a standalone. Luckily for me, as I haven't read any of the earlier books in the series.
I quite liked the book. There's mounting tension as the story progresses on several levels.
Firstly, the time factor critical to rescuing the girls.
Secondly, as the parents of the girl come under understandable scrutiny of the police.... dig into the family, get the history, search for a possible motive (money aside) why the family might be targeted, throw up a suspect .... cracks appear in the marriage. Secrets are uncovered, resentments and anger is released as the parent's turn on each other.
Lastly, there is friction within the investigative team. Grant, the leader is under pressure for a result. Waiting in the wings is a rival officer, someone he has never gotten on with and who is seeking to undermine him. That this officer has a mole on Grant's team, something he has suspected for a while, doesn't help the investigation.
Decent storyline. Quite pacey, but not at the expense of adding flesh to the bones of character - police, family, villains and their relationships. I was convinced by the motive for the crime and the actions the gang took. No eye-rolling necessary.
I enjoyed the south London, Wimbledon setting with the odd venture further afield - Brighton from memory. I was satisfied by the outcome, where more than just the case gets settled.
Overall - an enjoyable read. 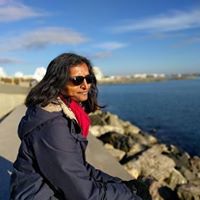