Happy Christmas to me.... 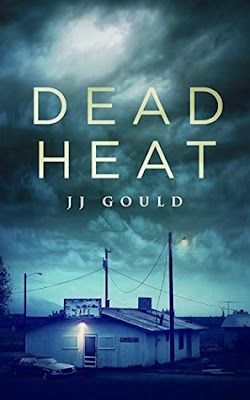 J J Gould - Dead Heat (2018) - purchase
A blind punt.....
A killer vows revenge.
The second book in the Dead Air series follows a frightened waitress named Claire hiding in a small town in South Dakota. When her psychopathic boyfriend finds her, he promises to kill her in the most brutal way. Her only allies are a crazy old lady with a penchant for guns and a reporter named Stan Martin who has been framed for a murder he did not commit. Can Claire find the courage, grit and training to kill a man before he kills her? 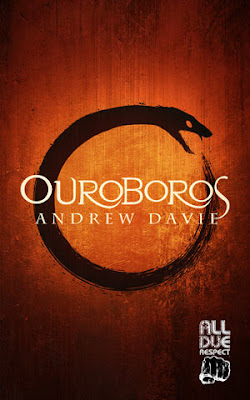 Andrew Davie - Ouroboros (2020) - purchase
Second in series after Pavement, which I liked. All Due Respect innit.
McGill and Gropper work as unlicensed PIs operating out of a diner in Charleston, South Carolina. McGill, a former police officer now incredibly out of shape, rarely leaves the diner and has a fondness for pancakes, bacon, and coffee. Gropper is well versed in fighting, tactics, and has a mysterious past.
Together, they make an imposing team. Most of their business is small time allowing them to stay off law enforcement’s radar. One of their specialties is the returning of stolen goods and property to the rightful owner.
McGill and Gropper take almost any job and are willing to break the rules to get these jobs done.
As they conduct business, someone from McGill’s past returns to enact revenge. 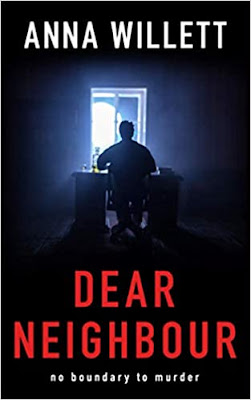 Anna Willett - Dear Neighbour (2020) - purchase
Australian author
When Amy and her boyfriend Zane move into a house together, she hopes they can put their rocky past behind them.
She gets a job and befriends the older couple who live in the house next door. Amy is impressed by their sophistication, wealth, and love for one another and in turn they somewhat adopt her when Amy’s relationship with her boyfriend deteriorates rapidly.
Jobless, often absent and clearly up to no good, Zane is jealous and increasingly abusive. His hold over the shy Amy has been strong, yet cracks are beginning to show.
When a policeman knocks on her door one innocuous day, it is the start of series of events that will make the two households clash together in a fatal entanglement.
Zane will see an opportunity and greed will get the better of him, but are their new neighbours quite the easy targets they appear to be?
Amy is in the middle of it all and someone is going to get killed. 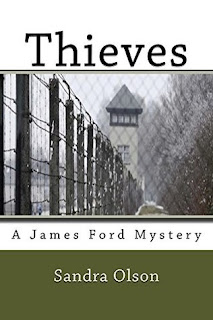 Sandra Olson - Thieves (2017) - Audible purchase
Another speculative punt
Two story lines converge in this James Ford mystery. Follow the lives of the Schmitt family through their trials in war torn 1938 Germany. One of James Ford's most difficult cases involves a theft that happened during World War II. Finding evidence for such a cold case is daunting and requires all of his detective skills along with Lacey's computer magic to crack the case. 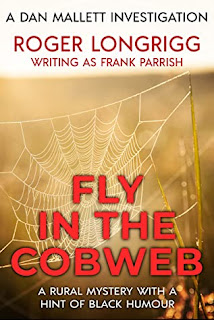 Frank Parrish (aka Roger Longrigg) - Fly in the Cobweb (1986)  - purchase
A new-to-me author
A cosy English mystery with a twist! Perfect for fans of Agatha Christie, M C Beaton, Sophie Hannah and Faith Martin.
Dan Mallett has a murderer on his trail…
1980, West Country of England
While burgling Medwell Court, poacher-cum-thief Dan Mallett witnesses the murder of the hired guard.
What’s more, he was seen by the killer.
Terrified that he might be the next victim, Dan assumes a new identity and hides out with a troupe of performers at the local arts symposium.
With local police still convinced that he is the biggest villain unhung, Dan must maintain his disguise long enough to foil the killer without getting arrested himself…
Who was the Medwell Court murderer? Can Dan throw them off his scent?
Or will he walk straight into their trap…?
Fly in the Cobweb is the sixth cosy village mystery in the Dan Mallett Investigation series: private investigation murder mysteries set in rural England. 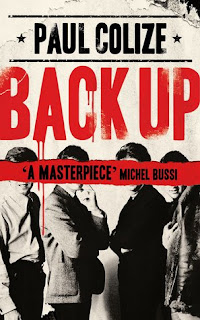 A bit of Belgian crime.

Berlin, 1967: four members of the British rock band Pearl Harbor die at the same time but in separate locations. Inexplicably, the police conclude natural causes are to blame.

Brussels, 2010: A homeless man is hit by a car outside the Gare du Midi, leaving him with locked-in syndrome, able to communicate (sometimes) by blinking.

An Irish journalist's interest is piqued. How did the members of Pearl Harbor die, and how is this linked to the homeless man in Brussels?