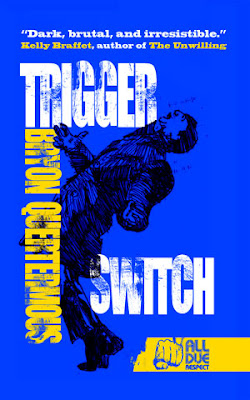 Synopsis/blurb ....
Dominick Prince has been a magnet for trouble his entire life. A series of poor life choices and their violent consequences have crushed his spirit. Desperate to outrun this burgeoning rage before it fully consumes him, Dominick accepts an offer he doesn’t trust from an old high school classmate. Dutchy Kent says he wants to make one last-ditch effort to prove his acting chops by mounting the New York City debut of a play based on one of Dominick’s stories, but the true story involves the real estate empire of a notorious Queens drug dealer and $1.2 million in cash. Dutchy would love to find that cash, but he needs someone else to do the dirty work, someone who attracts trouble and is easily manipulated.
Unfortunately for Dutchy, the Dominick he knew in school is gone. The Dominick who shows up at his office is bitter, twitchy, and repulsed by the trash heaps and junk yards of Long Island City that don’t fit into his vision of a New York debut. None of that matters to Dutchy though who continues with his scheme, unaware that every insult, every passive aggressive comment, and every physical intimidation pushes Dominick one step further toward his rapidly approaching breaking point.
A book that if I'm honest I liked but didn't love. I found it hard to get into the main character's head. Dominick Prince was kind of hyper and agitated throughout and as a result I didn't really vibe him.
After reading and looking into Bryon Quertermous' other works, I discovered this was his third Prince book, after Murder Boy and Riot Load. I think I would have been better served reading at least one of the earlier books in the series first. Funny enough I have a copy of Murder Boy on the Kindle.
I liked the setting. Who doesn't want to visit NY in their reading? We do go off on a road trip elsewhere during the course of the tale. Location forgotten. Detroit maybe?
Crimes are committed, money is stolen. There's some back story regarding Prince's wife who he killed apparently and her family. There's a shadow over him with some form of retribution looking.
Some parts of the story I liked, some parts were ok. I just never really felt any rhythm to the book and as a result it was a bit meandering for me, even when things were happening.
Plan of action - read Murder Boy and re-assess. Thumbs up, read Riot Load. Thumbs up, come back to this and a more positive outcome. Thumbs down, c'est la vie! 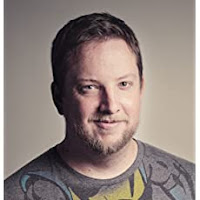