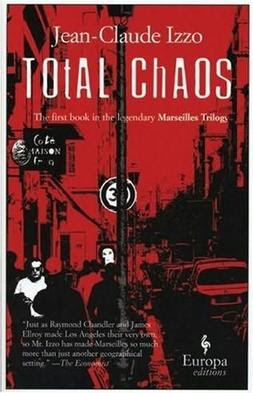 Synopsis/blurb ....
They grew up together on the mean streets of Marseilles, where friendship means everything. They swore that nothing would break their bond. But people and circumstances change. Ugo and Manu have been sucked down into the criminal underworld of Europe's toughest and most violent and vibrant city. When Manu is murdered and Ugo returns from abroad to avenge his friend's death, only to be killed himself, it is left to the third in this trio, detective Fabio Montale, to ensure justice is done. Despite warnings from both his colleagues in law enforcement and his acquaintances in the underworld, Montale cannot forget the promise he once made Manu and Ugo. He's going to find their killer even if it means going too far.
In Izzo's hardboiled novels, Marseilles is protagonist: explosive, tragic, breathtakingly beautiful and deadly. Asked to explain the astounding success of his now legendary Marseilles Trilogy, Izzo credits his beloved native city: 'Essentially, I think I have been rewarded for having depicted the real beauty of Marseilles, its gusto, its passion for life, and the ability of its inhabitants to drink life down to the last drop.' Fabio Montale is the perfect hero in this city of melancholy beauty. A disenchanted cop with an inimitable talent for living who turns his back on a police force marred by corruption and racism and, in the name of friendship, takes the fight against the mafia into his own hands.
Europa Editions published Chourmo, the second installment in Izzo's Marseilles Trilogy, in 2006, and will publish Solea, the final book, in 2007.
A book I had been looking forward to for a long time - I've probably had a copy 10 years or so - and which I enjoyed but maybe not quite as much as I hoped to. I can't quite put my finger on why, either.
Three childhood friends. They grow up. They choose different paths after a shared 'event.'  Two carry on as before, progressing from youthful delinquents into full time low level criminals. The other becomes a cop. The inevitable happens. One dies violently, the other tries to avenge him, kills someone and is himself himself and then Montale the detective gets involved.
I enjoyed the setting of the book, Marseilles. I think it's the first time I have visited it in my reading. It's a tough, working class city, and a real melting pot of ethnicities and nationalities, some of which is a consequence of France's colonial past. Some from virtue of being a port. Probably like Liverpool with better food. The make-up of its population brings with it tension and mistrust and a there's a kind of superiority complex from some of the white French inhabitants, towards their Arab brethren. It's an attitude which seems to stem from authority and prevails through its policing. That said a lot of the police here aren't above rubbing shoulders with the criminal elements if it is profitable to do so.
As a tale for justice and answers, I quite liked it. Montale with few allies, puts himself in danger seeking the truth. As a character, I didn't especially warm to him. Great detective, loyal friend, no career ambitions as such. His lack of corruptibility has probably put pay to any he may have harboured. He's quite solitary. He has lady friends, but shies away from any measure of commitment. It seems like he's navigating through life, just treading water. 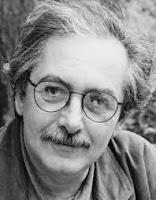 Ok story, great setting, alright characters, reasonably satisfying outcome, just nothing overly electric for me. I will continue with the series and read books two and three eventually. Not rushing towards them though.
3 from 5
Izzo sadly died prematurely in 2000 at the young age of 54.
Read - March, 2021
Published - 1995
Page count - 256
Source - owned copy
Format - paperback
Posted by col2910 at 02:13