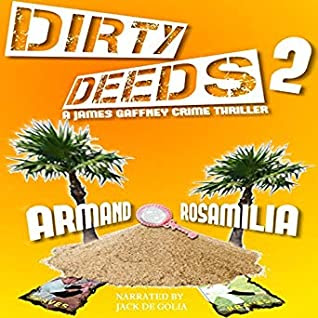 Synopsis/blurb....
Everything was going smoothly until my past caught up with me. Now, I'm being taunted by a madman who knows more about me than I do. He's kidnapped the closest person in my life, and he is using it to get my attention. Trust me...he has it. Now, I just need to figure out where he is and when he'll strike again. Things were easier when I was only kidnapping children.
The second Dirty Deeds book, I think there are nine in all and I'm a bit meh.... about it.
I've really enjoyed some of this author's work in the past - Belford Stories and one of his Flagler Beach collections which mainly concern.... people, relationships, everyday life, hopes, disappointments and dreams. The Dirty Deeds books are more crime oriented and feature James Gaffney posing as a child kidnapper, but actual saviour, crossing paths with the FBI, the mob and various other deviants who want their children gone and the opportunity for a different life unencumbered by responsibility.
I quite like James as a character. I enjoy his interactions with Reggie Keene (possible mispelling, because I've only enjoyed these as Audible books), the FBI agent trying to nail him. I like his banter with assistant, Marissa (?), the woman who sets up his jobs and organises his life for him. There's humor in their dialogue, sometimes funny, sometimes causing my eyeballs to roll into the back of my head. Overall a plus in the books.
There's a couple of things that are less enjoyable really. Secondly, book one,  kind of climaxed at last chapter minus one. The last chapter set up Marissa's kidnapping as the hook for Dirty Deeds 2. The end of this one has a similar set-up. Actual story ends again at last chapter less one and the hook for #3 in the series (one I'm listening to now) is the final chapter. I think this is one of my pet hates as a reader. Rosamilia is not alone in doing this, but it does irritate me.
Biggest bugbear is probably a weak plot. There's a fair bit of fannying around where the villain, the kidnapper plays games with James. He has an issue with him, just cut to the chase confront him - kill or be killed and save me the mindless guff in between. With the support cast of a couple of mob cronies - one a hacker, one a mob enforcer and with instructions to also do away with James and his hacker best friend we have a goose chase around Florida before a return to Atlanta for a climax. The Florida scenes which form a lot of the book, mainly involve Chaz the enforcer eating, wanting to eat, ruminating about his next meal or talking about meals he has enjoyed in the past. I think I must have put on a couple of pounds every time Chaz featured in a scene. It kind of got old very quickly.
Narration was good. Settings - Florida and Atlanta were enjoyed. Characters were more hits than misses. Story/plot/set-up - not great. Pace was ok. A lot of padding maybe to support a story which in my opinion was a bit too much of a stretch. Execution - a bit disappointing. 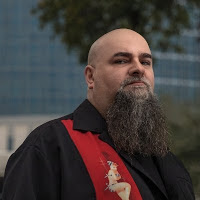