Synopsis/blurb ....
Set on a luxuriously appointed and hopelessly corrupt Army base in Mannheim, Germany, where the soldiers prefer real-life race riots to mock combat, Robert O'Connor's viciously funny novel is conclusive proof that peace is hell and the U.S. Army is its ninth circle.
In that hell, Specialist Ray Elwood is the ultimate survivor: a high-stakes drug dealer, bureaucratic con artist, and shrewd collector of other people's secrets. Elwood is contemplating cleaning up his act, although doing so will require one last, epic heroin deal. But of course it's then that his life will careen totally out of control. With its impeccably rendered cast of sycophants, drug burn-outs, and uniformed sociopaths, Buffalo Soldiers give us a scabrous, haunting vision of a military idled by the New World Order--and at all-out war with itself.
Second time around for this one after probably reading it twenty plus years ago. I kind of wonder why I kept it as while I enjoyed it second time around I wasn't dazzled by the prose or the story and there was nothing especially earth shattering about either.
The US army in Germany, and what does an army do in peace-time? Lots of drinking, drugging, whoring and fighting if Ray Elwood and his band of brothers is anything to go by.
Ray deals drugs. He has a close knit clique surrounding and protecting him, but a new Sergeant in town has Ray in his sights. Scheming and manouevering, skirmishes involving the Sergeant's daughter initially as a pawn in the battle, latterly as Rays' love interest and reason for one last big deal before getting out and plans together. There's a lot of racial tension in the book also - black vs white. Sometimes overlooked when profit is at stake.
Violent, funny, sad, a bit depressing. I read it long enough ago that I could remember the outcome in advance of re-reading it. Suffice to say - no happy ending. 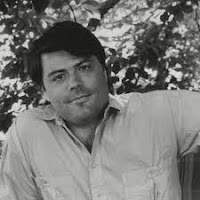