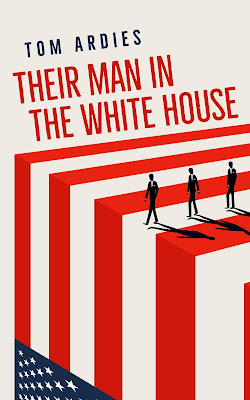 Synopsis/blurb ....
An obscenely wealthy businessman, who has a strange relationship with his adult daughter, is running for President of the United States and intelligence agencies fear that he may be a Soviet puppet. Sound familiar? No, these aren't the Trumps. But in 1971, author Tom Ardies saw the future in a wild, political spy novel that has now become the perfect thriller for our time.
American spy Charlie Sparrow is assigned to infiltrate tech businessman Davis Berwick Marshall's outsider campaign for President. The candidate's man-hungry, widowed daughter has just returned from overseas and Sparrow bears a striking resemblance to her late husband. Sparrow hopes to leverage that resemblance to get into Lisa's bed...and into the corrupt Marshall campaign. But can Sparrow reveal the truth before a possible Russian spy occupies the Oval Office?
"Innovative, deft and entertaining. " Chicago Tribune
Not an author I had previously heard of before an introduction by Lee Goldberg of Brash Books, but after reading this fifty year old espionage tale from Tom Ardies, he's not someone I'll likely forget in a hurry.
A presidential election, a campaign of assassination, an undercover operation of infiltration, Russians, deep cover agents, doppelgangers, investigation, weasel-work, romance or part of the job, family, briefings, fake files, missing information, falsehoods, phone calls, a bungled attempt at a hit, kidnapping, witness elimination, plenty more and a fair few twists and turns before a satisfying outcome.
Quite prescient with a premise of a potential Russian proxy as a US President. I liked the topicality of the story, though hopefully it's all yesterday's news and the bloated orange blob sticks to cheating at golf in future.
I do like espionage tales, where characters are chameleons, disguising their true intentions with deceit usually a second nature. Charlie Sparrow might be quite different to the typical spy as he harbours doubts and is in possession of a conscience. Not always the best things to have in the espionage game.
Story, pace, action, character, outcome - all plusses with the length of the book - under 200 pages another positive.
4.5 from 5 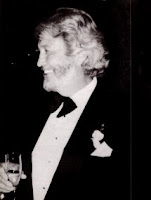 There's a couple of other Ardies-Sparrow books in the offing - This Suitcase is Going to Explode and Pandemic. Hopefully I can catch up with both in the future.
Read - April, 2021
Published - 1971 (Brash Books edition 2021)
Page count - 190
Source - review copy from publisher Brash Books
Format - PDF read on laptop
Posted by col2910 at 00:17