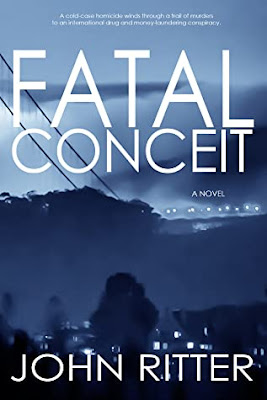 John Ritter - Fatal Conceit (2021) - Librarything
Copy courtesy of winning a Librarything giveaway
A cold-case homicide winds through a trail of murders to an international criminal conspiracy.
A new PI joins an eminent list, bursting with humor, pugnacity, and a leaky moral code, bent on one-upping San Francisco’s finest while wooing a prosecutor-turned-lover. A talented investigator, Beaupre muddles through his own hubris and missteps, leaving a trail of bodies and recrimination. Booted from the police force—for knocking a skinhead comatose and allegedly battering a girlfriend—he radiates confidence spiked with arrogance. Hired to find the killer in a moldy double murder, he sniffs out a drug trail, misreads a string of homicides, and not until he and a computer hacker sidekick track down a fugitive in Asia does the scope of a vast criminal conspiracy reveal itself. 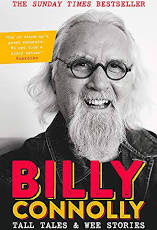 Billy Connolly - Tall Tales & Wee Stories (2019) - purchase
A bit of light relief. I reckon we all need some of that.
In December 2018, after fifty years of belly-laughs, energy and outrage, Billy Connolly announced his retirement from live stand-up comedy. It had been an extraordinary career.
When he first started out in the late sixties, Billy played the banjo in the folk clubs of Scotland. Between songs, he would improvise a bit, telling anecdotes from the Clyde shipyard where he'd worked. In the process, he made all kinds of discoveries about what audiences found funny, from his own brilliant mimes to the power of speaking irreverently about politics or explicitly about sex. He began to understand the craft of great storytelling. Soon the songs became shorter and the monologues longer, and Billy quickly became recognised as one of the most exciting comedians of his generation.
Billy's routines always felt spontaneous. He never wrote scripts, always creating his comedy freshly on stage in the presence of a live audience. A brilliant comic story might be subsequently discarded, adapted or embellished. A quick observation or short anecdote one night, could become a twenty-minute segment by the next night of a tour.
Billy always brought a beautiful sense of the absurd to his shows as he riffed on his family, hecklers, swimming in the North Sea or naked bungee jumping. But his comedy can be laced with anger too. He hates pretentiousness and calls out hypocrisy wherever he sees it. His insights about the human condition have shocked many people, while his unique talent and startling appearance on stage gave him license to say anything he damn well pleased about sex, politics or religion.
Billy got away with it because he has always had the popular touch. His comedy spans generations and different social tribes in a way that few others have ever managed.
Tall Tales and Wee Stories brings together the very best of Billy's storytelling for the first time and includes his most famous routines including, The Last Supper, Jojoba Shampoo, Incontinence Pants and Shouting at Wildebeest. With an introduction and original illustrations by Billy throughout, it is an inspirational, energetic and riotously funny read, and a fitting celebration of our greatest ever comedian. 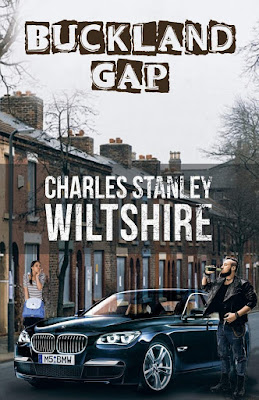 Charles Stanley Wiltshire - Buckland Gap (2016) - purchase
Specualtive punt. Sounds like my kind of book.
A can of lager, a cigarette and a well-placed scratch. Thus begins David's day. Being a hard geezer on the Buckland estate ain't easy, but David has the crown. He's got the girls, sprogs, flash car and the meanest headbutt in Portsmouth. His days are filled with crime filled sprees to ensure his obese mother has her requisite fags, booze and curry. But even a thug like David has aspirations and his foray into drug-dealing is seen as a step-up. But through a serious of increasingly violent events, David's kingdom erodes, unravels and culminates in an explosive finale. With shades of Clockwork Orange and Trainspotting, new author Charlie Wiltshire gives an unflinching, and often times disturbing, account of life on one of England's most difficult estates. From the details of pulling gear' to the politics of cancer in underclass patients, Buckland Gap asks if society can ever be saved. Even from itself. 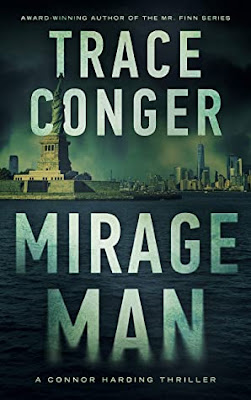 Trace Conger - Mirage Man (2021) - purchase
An author I have enjoyed previously - The Shadow Broker
Connor Harding is a Mirage Man for the New York mob. He’s smart, relentless, and a master of a trade that few people know exists. When it comes to solving problems for the underworld’s most dangerous criminals, he’s the go-to man. If you’ve got a problem, you want him on your side, but if you ARE the problem, you never want to meet him.
In Connor’s line of work, mistakes get you killed. Until now, the only mistake he made was thinking his past would never come back to haunt him. Connor’s professional skills are tested when, three years after leaving the criminal life and retiring into obscurity, an eager triggerman arrives at his home to kill him.
What begins with a dead man on Connor’s kitchen floor spirals into a high-stakes chase that takes him back to his New York City stomping grounds. There, he becomes entangled in a criminal power struggle, mob turf war, and a federal investigation that put his former boss in prison. Connor is determined to find those responsible for the attempt on his life and cancel the contract before someone else cancels him. 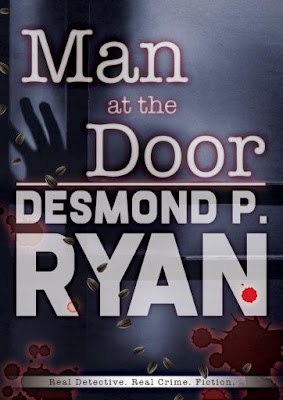 Desmond P. Ryan  - Man at the Door (2019) - purchase
Canadian crime. 3rd in a series I have yet to start
It all begins at 6:10 a.m. on a Friday morning when Glen Brebeuf calls demanding answers. He had reported his former lover, Elizabeth MacDonald, missing the previous day and Detective Mike O’Shea now finds himself cleaning up the mess that some rookie had made of the initial call.
Within hours, Mike takes over the investigation and is on the doorstep of the missing elderly woman’s home. Sibby Mac, as she is known to her friends, is not missing.
Sibby Mac has been murdered.
In Man At The Door, the third in Desmond P. Ryan’s Mike O’Shea Crime Fiction Series, Detective Mike O’Shea solves a homicide, juggles an increasingly complex personal life, and continues to hunt for the cop-killer who has remained at large for the past thirteen years.
Whether as a stand-alone or as your next step in this six-book series, Man At The Door will keep you reading far too late into the night following Detective Mike O’Shea through the twists and turns of a homicide investigation. 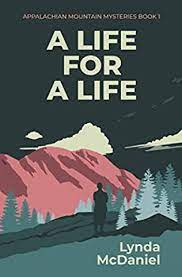 Copy received after signing up to the author's website. I do need to read more female authors.

So begins this story of suspense and self-discovery set in the small mountain town of Laurel Falls, N.C. in 1985. After decades as a crime reporter in Washington, D.C., Della Kincaid thinks she's moved away from all the violence. But a walk in the woods changes everything.

The sheriff calls for what amounts to a coverup. Not so fast, Della argues. She's spent her life searching for the truth, and she's not about to stop now. Without her usual sources, she teams up with new friends, including her neighbor—Abit Bradshaw, a teenager struggling to find his rightful place in the world. Along the way, they encounter all kinds of interesting characters, including the best one of all—the lush natural setting of the N.C. mountains.

Will they find the truth before they become the next victims?

Can they make peace with their own lives?

You'll love this suspenseful story because who doesn't dream of second chances?

Find out why critics and readers are praising Lynda McDaniel's unique voice in mystery writing.

A Life for a Life is the first novel in the Appalachian Mountain Mysteries series by award-winning author Lynda McDaniel. If you like atmospheric settings, fascinating characters, and suspenseful investigations, you'll love this series.