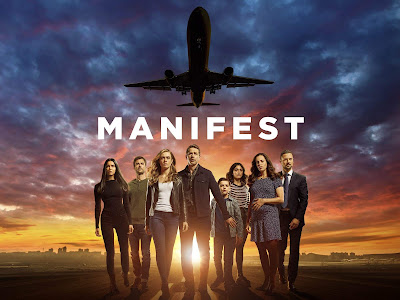 Manifest - Season 2 (2020) - TV Drama series
One I think the family enjoyed a lot more than me. I quite liked the first season, but my interest was waning from about halfway through the second series, which is 13 episodes long. I think the main characters irritate me, with the repetitive conferences every episode about their visions or callings. Whether they are a power for good, or evil or in my case total indifference. Zzzzz..... deal me out if there's a 3rd.
From Wikipedia....
Manifest is an American supernatural drama television series, created by Jeff Rake, that premiered on September 24, 2018, on NBC. The series centers on the passengers and crew of a commercial airliner who suddenly reappear after being presumed dead for more than five years. It stars Melissa Roxburgh, Josh Dallas, Athena Karkanis, J. R. Ramirez, Luna Blaise, Jack Messina, Parveen Kaur, and Matt Long. In October 2018, NBC ordered an additional three episodes of the series, bringing the first season total up to 16 episodes. 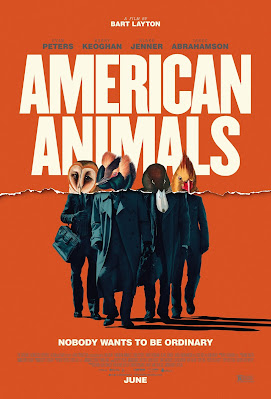 American Animals (2018) - Film
Comedy, crime, docu-drama based on a real story and inter-cut with interviews from the actual participants. Evan Peters (American Horror) stars. I really enjoyed it.
From Google....
In an attempt to perform a brave robbery, four young men, Spencer Reinhard, Warren Lipka, Eric Borsuk and Chas Allen, decide to steal valuable books from the school's library. 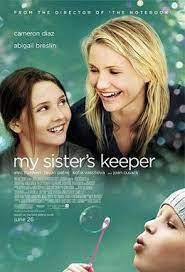 My Sister's Keeper (2009) - Film
A second viewing of a powerful film watched many years ago. It's a tough watch in a lot of places. Not too many things worse than watching your child destroyed by cancer, I reckon. Cameron Diaz is very good.
From Google ....
Anna, a young girl, seeks a lawyer's help to earn medical emancipation from her parents when they force her to donate organs, blood and tissue to her leukaemia-stricken elder sister and help her live. 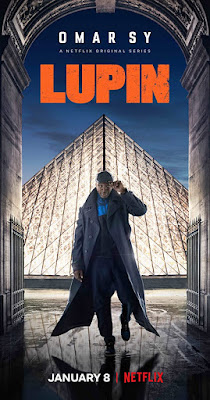 Lupin (2021) - TV Drama Series (Netflix)
A five part series on Netflix. The last episode watched and enjoyed. I really enjoyed it, though I haven't been tempted to chase down any books. Thanks to Nigel Bird for the tip-off. Sign me up if there is a second series.
From Google ...
A retelling of the classic French story about Arsène Lupin, the world-famous gentleman thief and master of disguise. 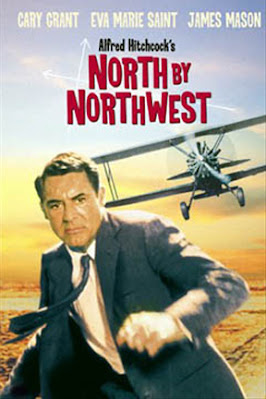 North by Northwest (1959) - Film
Recorded when it aired over the Christmas period and watched a while afterwards. How cool is Cary Grant? Good-looking, stylish, elegant..... all the things I'm not. I enjoyed the film, the stand-out moment was Grant's behaviour at the auction. Comedy gold.
From Wikipedia ....
North by Northwest is a 1959 American spy thriller film produced and directed by Alfred Hitchcock, starring Cary Grant, Eva Marie Saint, and James Mason. The screenplay was by Ernest Lehman, who wanted to write "the Hitchcock picture to end all Hitchcock pictures".
North by Northwest is a tale of mistaken identity, with an innocent man pursued across the United States by agents of a mysterious organization trying to prevent him from blocking their plan to smuggle out microfilm which contains government secrets. This is one of several Hitchcock films which feature a music score by Bernard Herrmann and an opening title sequence by graphic designer Saul Bass, and it is generally cited as the first to feature extended use of kinetic typography in its opening credits.
North by Northwest is listed among the canonical Hitchcock films of the 1950s and is often listed among the greatest films of all time. It was selected in 1995 for preservation in the National Film Registry by the United States Library of Congress as being "culturally, historically, or aesthetically significant". 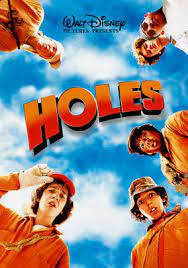 Holes (2003) - Film
My absolute favourite film from when my kids were growing up. I can't remember how many times we watched it. I think I liked it more than them to be honest. A perfect remedy for some Lockdown - not going out blues.
It's got Henry Winkler, Sigourney Weaver, Patricia Arquette (loved her in Medium) and Jon Voight. Voight is hilarious in this. I don't find him quite so funny in real life, I'm afraid.
From Wikipedia ....
Holes is a 2003 American adventure comedy film directed by Andrew Davis and written by Louis Sachar, based on his novel of the same name, which was originally published in August 1998. The film stars Sigourney Weaver, Jon Voight, Patricia Arquette, Tim Blake Nelson and Shia LaBeouf.
The film was co produced by Walden Media and Walt Disney Pictures, and distributed in many markets by the distribution company by Disney, Buena Vista.
Holes was released in the United States on April 18, 2003, and earned $71.4 million worldwide. It was later released on DVD and VHS on September 23, 2003, by Buena Vista Home Entertainment and Walt Disney Home Entertainment. The film is dedicated to Scott Plank, who played Trout Walker, who died in a car accident six months before the film's release, in October 2002. 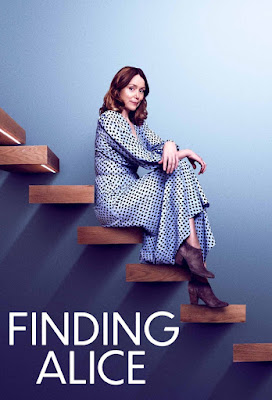 Finding Alice (2021) - ITV Drama/comedy Series
A six part drama which we kind of kept pace with as aired, once a week. Probably 3 or 4 episodes were watched in the month. Funny, sad, ridiculous, and a little bit disturbing.
Sudden bereavement is a tough watch at any time, regardless of the black humor which can be wrung from it. You feel Alice's bewilderment and pain, exacerbated by some of the secrets her husband had been keeping from her. Keeley Hawes as Alice is fantastic. Nigel Havers is her dad. He's still an incredibly good looking man and doesn't appear to have aged at all in the past thrity years. Joanna Lumley is an absolute bitch as his wife and Alice's mum.
From Google ....
For Alice, Harry and their daughter, Charlotte, moving into their new home should have been a dream come true, but it quickly turns into a nightmare when Alice discovers Harry dead at the bottom of the stairs. Harry designed the smart house, so it's weird and wonderful, and one more disorientation for Alice on top of her sense of loss and abandonment. Alice's beloved partner is no more, and now she can't find the fridge. 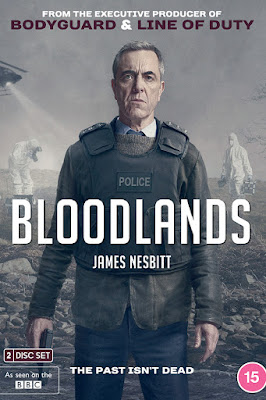 Bloodlands (2021) - BBC Drama Series
One episode of three watched. I made an innocent remark about how a Twitter friend thought there were more than a few plot holes in the set-up, which I mentioned to the gang. They took that as a green light to watch the rest of the series without me. I guess I'll have to try and catch up on my own. BTW I agreed with the observation. I do like the backdrop and setting to the story .... Northern Ireland, Paramilitaries, the peace process, dark doings.
From Google ....
When a former IRA man is abducted, DCI Tom Brannick is forced to confront an assassin who haunts his past, in order to crackthe investigation in the present.