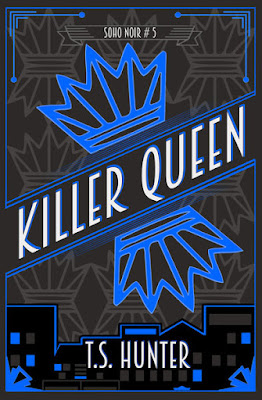 THE SHOW MUST GO ON

It’s 1988. A mild summer after a turbulent political year for LGBT rights. While working as an assistant to a successful Theatre Director, Joe Stone finds himself unwittingly embroiled in another murder investigation.
Lexi Goode, a young, up and coming actress has her bright future cut short when she is found murdered in her exclusive top floor apartment in the posh end of Soho. Knowing that the police are as racist as they are homophobic, Joe and Russell inevitably take it on themselves to investigate what happened to the young woman.

Along the way they discover illicit liaisons, a string of admirers, a secret life that was helping to pay for the glamorous lifestyle no young actress should have been able to afford. But who would want to kill Lexi?

Finding the answer to that question puts Joe in mortal danger and a young police officer in an awkward position.

KILLER QUEEN IS THE FIFTH IN THE SOHO NOIR SERIES.

Busy author, T.S. Hunter's latest offering is another 80s Soho set murder novella featuring Joe Stone and best friend Russell. In his fifth book of the year (another to come soon) Joe and Russell do a bit of digging into the death of an actress, Lexi Goode someone Joe knows from his work. They're a dangerous pair to know, considering the number of people in their circle that wind up dead!

A bit shorter than the other books in the series, I enjoyed the trip back to the 80s, though I didn't quite pick up on so many musical references this time around - Pet Shop Boys and Bananarama the only two I caught. Joe and Russell are both gay, as are most of their social circle and without ever sounding preachy, the author conveys the challenges encountered by the LGBT community at the time...... discrimination in the workplace, danger on the streets showing who you are, suppressed identity, a lack of respect from authority especially the police, Thatcher's Britain with Section 28 and the enshrinement in law that homosexuality is something to be feared and ashamed of and a danger to minors. I liked this element of the books and they fit seamlessly into the narrative with another murder to be solved and another potential injustice averted.

Theatre, plays, actresses, understudies, family, a secret sideline, lingerie, hotel trysts, a knife, the apple of the director's eye, a fling, jealousy, depression, infidelity, a cantankerous neighbour, the police and the homophobe Skinner, secrets, and a bouquet of flowers which unlock the key to the guilty party.

Short, sharp, satisfying. Decent characters and sense of time and place. Gets where we are going quickly, but without undue haste. Lots to like. But not Noir in my opinion 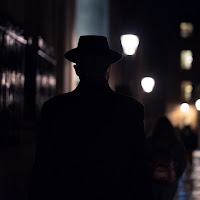 I've read 3 of the 4 previous offerings from T.S. Hunter - Tainted Love, Careless Whisper and Crazy For You. I'll get to the missing one sometime soon.