A couple from US author Jeff Johnson, someone who I have actually read something by previously.

Funny, noir, tattoos, crime, the FBI, punk rock, love and criminality - what's not to like?
Plus John Irving - A Prayer For Owen Meany author - one of my all time favourite ever books likes him. 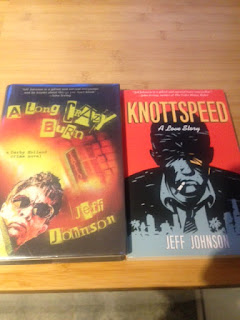 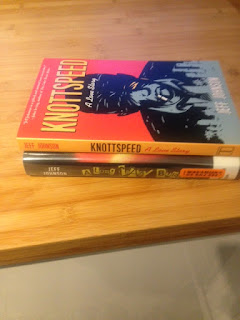 The Animals After Midnight was read back in January this year. It's the third in Johnson's Darby Holland series and was enjoyed despite not having read either of the earlier ones. 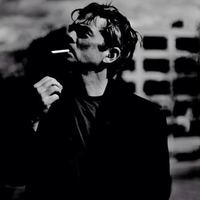 A Long Crazy Burn is the second in his series, following on from Lucky Supreme. Knottspeed is a standalone novel.

JEFF JOHNSON IS AN AMERICAN NOVELIST, SCREENWRITER, INDEPENDENT DIRECTOR AND HARD WORKING ARTIST GENERALLY BLAMED FOR THE CRITICALLY ACCLAIMED TATTOO MACHINE, EVERYTHING UNDER THE MOON, KNOTTSPEED A LOVE STORY, THE DARBY HOLLAND CRIME TRILOGY LUCKY SUPREME, A LONG CRAZY BURN, AND THE ANIMALS AFTER MIDNIGHT AND THE PHILADELPHIA NOIR NOVEL DEADBOMB BINGO RAY. THE LUCKY SUPREME TRILOGY WAS ACQUIRED BY ITALIAN PUBLISHER FANUCCI AND OPTIONED FOR TELEVISION BY THE OSCAR WINNING MARK HARRIS OF THE HARRIS COMPANY. THE KINJIKU IS JOHNSON’S DIRECTORAL DEBUT. REPRESENTATION BY STUART MILLER. 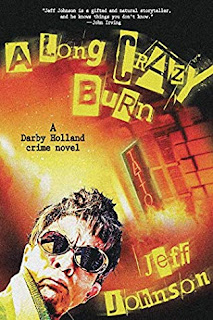 The second in the series of funny noir crime novels set in Portland, Oregon's seedy side, featuring Darby Holland, owner of The Lucky Supreme tattoo parlor, and his slightly mad side kick - the twiggy, vinyl clad tattoo artist, Delia

Time is up in Old Town. As the pace of gentrification reaches frenzy in Portland, Oregon, Darby Holland's beloved tattoo parlor, Lucky Supreme, is destroyed by a bomb that ripped through an entire city block. Only a warning call from his favorite prostitute saved his life. Developers have been like wolves at the door of Dmitri (the drunken landlord) for the past few years, but this is different.

With nothing to lose, Darby goes on a rampage to discover first the bomber then the developer who set everything in motion, and along the way falls under FBI suspicion, messes with dangerous pimps and drug lords, gets his face permanently rearranged, and, then, at the lowest point in his adult life, Darby Holland meets the woman of his dreams. Long, lanky, smart, and a foot taller than Darby, Suzanne is a woman of enormous appetite. Darby has finally met his match in bed and at the dinner table. But Suzanne, for all her strength and wisdom, can't save Darby from his enemies.

Fortunately, Delia (Darby's tiny vinyl clad side-kick) and her punk-rock boyfriend's band can, and in one of the most outrageous capers in crime fiction, Darby, Big Mike, Nigel, and Flaco (Lucky Supreme faithfuls) impersonate restaurant staff to brilliantly orchestrate a kidnapping of a Russian crime boss, making full use of an Armenian smuggling operation to pave the way for justice and the resurrection of the Lucky Supreme. 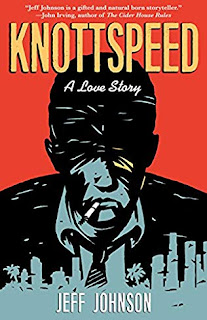 Enigmatic, charming, and brutally resourceful, Knottspeed is a man on a mission. He also happens to be dead, but the rumors of his demise have been slightly exaggerated - by the man himself as the key to his plan.

A problem-solver, a finder of lost people and rare things, and an accomplished criminal, Knottspeed is experiencing Big Love for the first time in his life, and his elaborately orchestrated plot to reunite with his beloved will profoundly affect everyone he meets, including a rudderless, alcoholic piano player; a wealthy, dispassionate doctor; and an amiable-but-desperate cab driver. From the bars and graveyards of Portland, Oregon to the taco stands and charity hospitals of East Los Angeles, Knottspeed is the uncompromisingly offbeat story about the momentum of love.

"As hip and cool as the neon rain-slicked streets of Portland. Darby Holland is a modern hero in the mold of Sam Spade and Marlowe only with more tattoos and in steel-toed boots. A funny and very gritty book with cool folks, cool music, and wonderful sense of place." - Ace Atkins