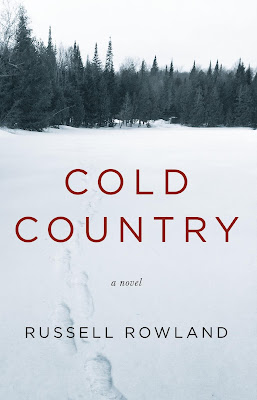 Montana, 1968: The small town of Paradise Valley is ripped open when popular rancher and notorious bachelor Tom Butcher is found murdered one morning, beaten to death by a baseball bat. Suspicion among the tight-knit community immediately falls on the outsider, Carl Logan, who recently moved in with his family and his troubled son Roger. What Carl doesn't realize is that there are plenty of people in Paradise Valley who have reason to kill Tom Butcher.

Complications arise when the investigating officers discover that Tom Butcher had a secret--a secret he kept even from Junior Kirby, a lifelong rancher and Butcher's best friend. As accusations fly and secrets are revealed one after another, the people of Paradise Valley learn how deeply Tom Butcher was embedded in their lives, and that they may not have known him at all.

With familiar mastery, Russell Rowland, the author of In Open Spaces and Fifty-Six Counties, returns to rural Montana to explore a small town torn apart by secrets and suspicions, and how the tenuous bonds of friendship struggle to hold against the differences that would sever us.

An enjoyable book which I fairly raced through and completed in just over a day. I do like small town mysteries, where the introduction of an outsider, or in this case the Logan family upsets the balance and harmony in the community.

Carl Logan is appointed as ranch manager by Peter Kenwood, an act which causes friction and resentment among Kenwood's other workers. Kenwood himself isn't fully accepted by the community in Paradise Valley. Rich and with a sense of entitlement and family connections, he's tolerated. He's also in competition with brash, arrogant and self confident rancher Tom Boucher. Boucher is the louder than loud dynamic personality, the one that fills a room all by himself. He's not universally popular, having upset more than one resident of the town in the past.

Logan is also trying to get his wife on board regarding the recent sea change. She's none too happy about the family upheaval and the new job, location and lifestyle having grownup on a ranch herself. Having successfully escaped it once, she isn't best pleased to be back where she began. To say there's some unresolved tensions in the family, might be an understatement.

Their son Roger also has trouble fitting in. A playground spat with another boy has the potential to leave him and his sister Julie, permanent outsiders among the younger members of the town. The knock on effect also resonates with some added friction for his father.

Boucher gets murdered and fingers are pointed.

Small town drama, murder, late 60s setting, Kennedy and Vietnam in the back drop, community friction, resentment, spite, greed, conflict over land, ambition, secrets, a possible affair, small town gossip, marital tensions, mistreatment of a child, a reliance on alcohol and other meds, a party or two, a reluctant workforce, a hard to please boss, friendship, support, abandonment and after a fairly frenetic 250-odd pages some answers.

I really liked the characters here, the friction, the tensions, the rivalries, I never quite knew which what the next little drama was going to be and in which direction the author was going to take the plot and how it would impact on the Logans - both adults and children. I was firmly rooting for the family throughout.

There's also another couple that feature strongly in the book, Junior Kirby and his wife. Both are wise, likeable, supportive and understanding and the glue on which small communities thrive. I think they were my favourite characters overall. They are the heartbeat of the town, almost universally trusted and respected and their interactions with most of the other townsfolk provides a window to getting to know some of the others, including the murder victim and his possible killer better.

Great sense of place, interesting plot, one of the secrets which one of the residents harboured, I kind of found a bit of a stretch, credibility wise, but as they say it takes all sorts. Definitely not enough to bump me out of the book. I was satisfied with the outcome. Overall a very good book.

Russell Rowland has written a four other novels. This was my first time with his writing.