Another author who I have had on the shelves for a few years and despite hearing how good he was, someone I still haven't got around to reading....... David Goodis 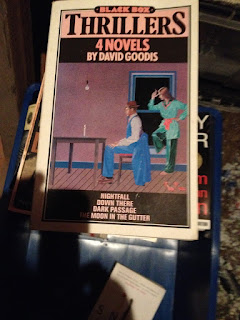 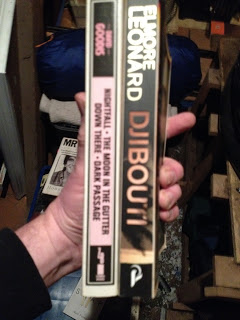 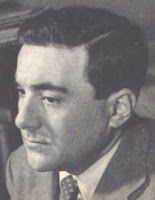 David Goodis penned about 18 novels in his relatively short lifetime. Retreat From Oblivion was his debut published in 1939. Somebody's Done For was his last in 1967 the year of his death, aged 49.

David Goodis is one of the most admired American noir writers of the last century. Goodis worked in Hollywood for Warner Brothers but in 1950 he returned to his native Philadelphia and continued to write paperback novels about man's inexorable decline into despair. He died in obscurity in 1967. 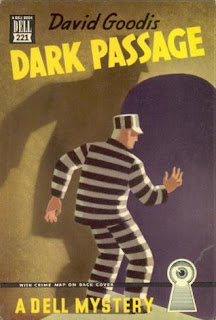 David Goodis is one of the most admired American noir writers of the last century. In this book, first published in 1946, Vince Parry, sentenced to life imprisonment in San Quentin for the murder of his wife, escapes. He tries to find out who framed him in an attempt to prove his innocence. He is harboured by a woman he doesn't trust, he is a fugitive from justice in the depths of despair. Parry's last throw is a desperate gamble to hide his identity from the law. Filmed in 1947 by Delmer Daves at Warner Brothers and starring Humphrey Bogart and Lauren Bacall - it became a classic noir movie. 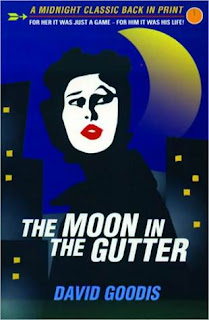 In a back street in the rough end of Philadelphia, docker William Kerrigan obsesses over the mysterious suicide of his sister. Into a dive bar walks Loretta Channing the beautiful, enigmatic socialite and sister of Newton the drunk. For Kerrigan, Loretta's the impossible dream, the escape route from out of his hellhole existence, away from the crowded tenements, the shacks, the dark alleys. But Loretta may also hold the key to finding out what prompted his sister's death, the reason he can never break free. The Moon in the Gutter is a fierce and heated tale of desire and revenge. Made into a film starring Gerard Depardieu and Nastassia Kinski, it remains an enthralling classic of American noir fiction.