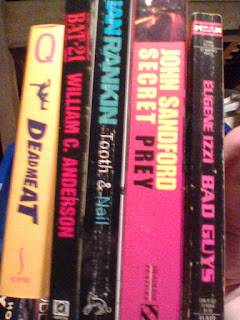 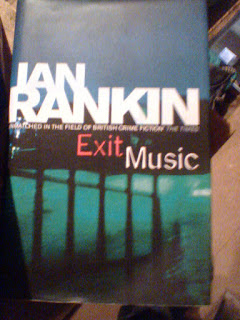 I've been reading in the genre 30 years give or take with most of the first 15-20 mainly concentrated on American crime fiction, but since gravitating to crime on my home shores I've never really got stuck into Rankin and Rebus. I'm pretty sure I read one of them way back before record keeping began, so it probably doesn't count. 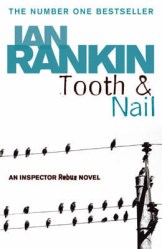 They call him the Wolfman - because he takes a nip out of his victims and because they found the first victim in the East End's lonely Wolf Street. But there's no urban predator that Rebus fears. When Scotland Yard are anxious to find the last serial killer on their patch they look north and soon Rebus is on his way south from the chill of Edinburgh to the rain of London. A serial killerfrom Dr Liza Frazer is attractive in more ways than one and Rebus is happy to take her up on her offer of help. But in taking on one ally who doesn't think that everyone achilles heel in the fight against the Wolfman. 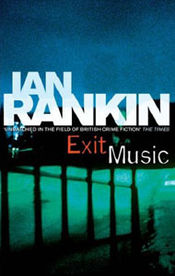 It's late autumn in Edinburgh and late autumn in the career of Detective Inspector John Rebus. As he tries to tie up some loose ends before retirement, a murder case intrudes. A dissident Russian poet has been found dead in what looks like a mugging gone wrong. By apparent coincidence a high-level delegation of Russian businessmen is in town, keen to bring business to Scotland. The politicians and bankers who run Edinburgh are determined that the case should be closed quickly and clinically. But the further they dig, the more Rebus and his colleague DS Siobhan Clarke become convinced that they are dealing with something more than a random attack - especially after a particularly nasty second killing. Meantime, a brutal and premeditated assault on local gangster 'Big Ger' Cafferty sees Rebus in the frame. Has the Inspector taken a step too far in tying up those loose ends? Only a few days shy of the end to his long, inglorious career, will Rebus even make it that far?