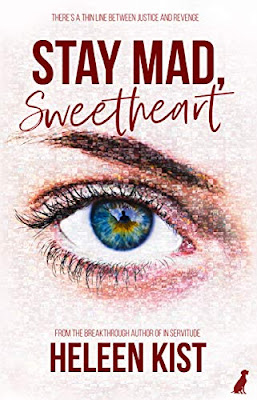 Data scientist Laura prefers the company of her books to the real world – let alone that cesspit online. But when her best friend Emily becomes the victim of horrific cyber bullying, she makes it her all-engulfing mission to track down the worst culprits.

Petite corporate financier Suki is about to outshine the stupid boys at her firm: she's leading the acquisition of Edinburgh's most exciting start-up. If only she could get its brilliant, but distracted, co-founder Laura to engage.

Event planner Claire is left to salvage the start-up's annual conference after her colleague Emily fails to return to work. She's determined to get a promotion out of it, but her boss isn't playing ball.

As the women's paths intertwine, the insidious discrimination they each face comes to light.

Emboldened by Emily's tragic experience, they join forces to plot the downfall of all those who've wronged them.

But with emotions running high, will the punishments fit the crimes?

A pacy suspense fiction novel with its feet firmly in the #MeToo era. 9 to 5 meets Suits with a dash of Black Mirror.

A timely and topical reminder of misogyny, cyber bullying, sexism in the workplace and sleazy corporate culture, explored in this engaging tale of three women who's paths cross after the death of a fourth, Emily.

Most of our story revolves around Laura, her reaction to her best friend's death and the feelings of guilt over her failure to support Emily through some difficult times. Emily was identified after giving anonymous details of a reluctant sexual encounter with a celebrity. Her exposure left her vulnerable, isolated and suicidal. Laura is suffering and blaming herself. Revenge on the bullies that drove her to it is uppermost in her mind, though there are some pressing work distractions.

These see her come in contact with Suki. Suki is trying to negotiate the takeover of Laura's company with a high-tech Californian company. If the American acquisition goes through, Laura and old uni friend, and joint partner Justin stand to make a bundle. Suki herself won't do too badly out of the deal and it will enhance her position and reputation at her own firm.

Clare is arranging a PR event for Laura's company, having taken over Emily's brief. The conference will be used to make the announcement of the high flying takeover.

The three are thrust together and each in their own way are victims of inequality and sexism, either in the form of lewd jokes, demeaning remarks, a stunting regarding prestigious future assignments, denied career opportunities and equality over rewards for comparable efforts. This band of sisters endeavour to fight back.

I enjoyed reading this one. In addition to the reminders of the #MeToo furore there are also some interesting issues regarding data mining and analytics regarding online profiles and the way in which they can be used, both as a predictive tool regarding spending habits, but also by employers seeking to evaluate the positive or negative impact of employees in the workplace. I'm unsure if some of what is suggested here is fanciful at present or not a million miles away in reality. The scary age of Big Brother is definitely with us and despite our main character Laura having our sympathy and support throughout the book, I'm not entirely comfortable that all these tools she is developing and creating are actually benign. 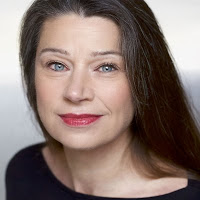 Decent Edinburgh setting, with it's bars and hotels and the back drop of the Fringe in the city. Decent, likeable characters involved, mostly supportive of each other, but each driven and capable and not afraid to stand their ground, even if it causes some tension within the group. Laura, through the course of the book and mainly under Suki's tutelage becomes more assertive and confident and by the end of the book has a fully developed spine.

The plot simplistically is a good vs evil tale which resolves itself fairly satisfactorily for each of the three, after a few bumps in the road. Revenge, justice of a sort and a levelling of the playing field are established - at least for these three ladies, if not the rest of the universe.

Stay Mad, Sweetheart is author Heleen Kist's second book, after In Servitude from 2018