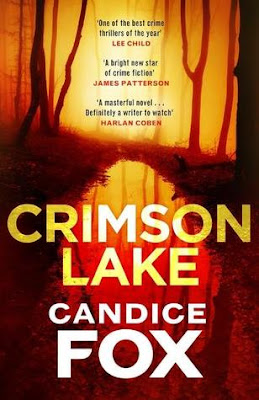 How do you move on when the world won't let you?

Six minutes in the wrong place at the wrong time - that's all it took to ruin Sydney detective Ted Conkaffey's life. Accused but not convicted of a brutal abduction, Ted is now a free man - and public enemy number one. Maintaining his innocence, he flees north to keep a low profile amidst the steamy, croc-infested wetlands of Crimson Lake.

There, Ted's lawyer introduces him to eccentric private investigator Amanda Pharrell, herself a convicted murderer. Not entirely convinced Amanda is a cold-blooded killer, Ted agrees to help with her investigation, a case full of deception and obsession, while secretly digging into her troubled past. The residents of Crimson Lake are watching the pair's every move . . . and the town offers no place to hide.

"Complex, human characters, and a dark, meaty story, and fine writing, and a great sense of place - this is one of the best crime thrillers of the year. Sign me up as a big-time Fox fan!" - #1 New York Times bestselling author Lee Child

A bit of Australian crime with Crimson Lake from Candice Fox.

Three mysteries at the heart of this book.....

Our main man Ted Conkaffey suffering the fall-out from his proximity to the abduction and rape of a young girl. Arrested, released without charge, loss of career, family, friends, a free man in name only, convicted in the court of public opinion.... who was responsible?

Ted, pitched up in the ass-end of nowhere - Crimson Lake, teamed up with a strange PI, herself convicted of a murder years ago. Amanda served the time, but did she do the crime? Ted has a sniff around.

Lastly, our intrepid PIs, are engaged to look into the disappearance of a successful author. His wife frustrated by the lack of progress the police have made.

Despite it's length of over 400 pages it's a quick read and it was one I find myself not really wanting to put down. I liked how the author knitted the different cases together into the narrative. I liked the main character though I preferred Ted to the troubled and unpredictable Amanda. I liked how the author stops short of giving us answers to all the outstanding questions without making it feel like a cliffhanger or a compelling invitation to read the next book (though I probably will).

I shared Ted's sense of desperation, his loss and confusion, his displacement, his loneliness and grief but also admired his drawing back from the precipice, his re-found sense of purpose and motivation, the resolve to keep going in the face of overwhelming disdain and scorn from the wider world. It's quite topical how the media can incite the public to pre-judge people confusing innuendo and speculation with facts.

This was my first time reading Candice Fox, but not my last.