Another author I have yet to get around to reading - Nick Quantrill, and I'm disappointed with myself for that........... Brit, grit, crime, Hull... why ever not? 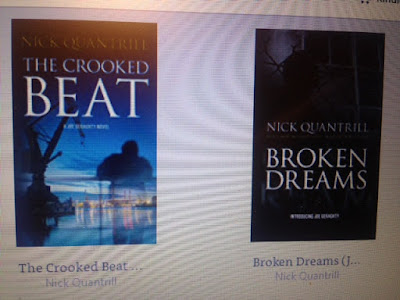 Years ago when My Space was a flourishing website, I was in regular contact with Nick. Reading some samples of his work and in a lot of messages, pondering the downside (there were never too many ups) to supporting two less than glamorous football clubs - him Hull City, me - Luton Town. 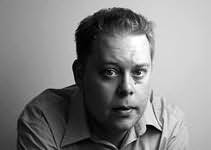 His career as an author has been on an upward curve ever since.

In the intervening years he's had published three novels in his Joe Geraghty series and a standalone novel. Definitely in 2020 I'm going get a couple of these under my belt. 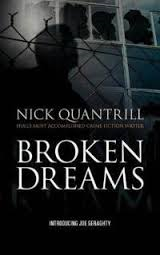 Broken Dreams is the first urban thriller from Hull based writer ,Nick Quantrill, featuring private detective Joe Geraghty. Northern gritty realism. A cracking authentic crime thriller Joe Geraghty, Private Investigator, is used to struggling from one case to the next, barely making the rent on his small office in the Old Town of Hull. Invited by a local businessman to investigate a member of his staff's absenteeism, it's the kind of surveillance work that Geraghty and his small team have performed countless times. When Jennifer Murdoch is found bleeding to death in her bed, Geraghty quickly finds himself trapped in the middle of a police investigation which stretches back to the days when the city had a thriving fishing industry. As the woman's tangled private life begins to unravel, the trail leads Geraghty to local gangster-turned-respectable businessman, Frank Salford, a man with a significant stake in the city's regeneration plans. Still haunted by the death of his wife in a house fire, it seems the people with the answers Geraghty wants are the police and Salford, both of whom want his co-operation for their own ends. With everything at stake, some would go to any length to get what they want, Geraghty included. 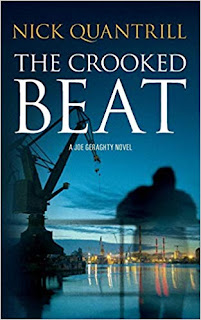 When Joe Geraghty's brother finds himself in financial trouble, it's only natural that he turns to the Private Investigator for help. But when it relates to a missing consignment of smuggled cigarettes, it's not so easily sorted. Drawn into the murky world of local and international criminals around the port of Hull, Geraghty knows the only way to save his brother is to take on the debt himself. But as he attempts to find a way out of the situation, the secrets and conspiracies he uncovers are so deeply buried in the past, he knows he's facing people willing to do whatever it takes to keep them that way.

Recently the series has been given a sexy make-over by Fahrenheit Press and been re-published. They're available direct from their website. Along with a barrel load of other great authors. 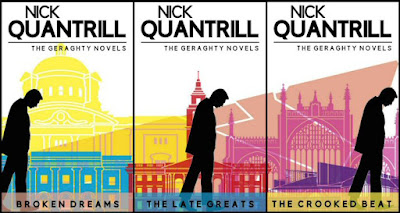