MEET THE MILLERS (AND THE MILLARS)

Six more from the estranged library in a warehouse, 5 fiction, 1 non-fiction


It was an event that changed history, bringing the Cold War to a sudden, unexpected end and seeing the collapse not just of Communism but of the Soviet Union itself. Stereotypes disappeared overnight, and the maps of a continent had to be redrawn. Peter Millar was in the middle of it, literally - caught in Checkpoint Charlie between bemused East German border guards and drunk Western revellers prematurely celebrating the end of an era. For over a decade Millar had been living in East Berlin, as well as Warsaw and Moscow, and in this engaging, garrulous, bibulous memoir we follow him on a journey in the heart of Cold War Europe, from the carousing bars of 1970s Fleet Street to the East Berlin corner pub with its eclectic cast of characters who embodied the reality of living on the wrong side of the Wall. We relive the night that it all disintegrated, and its curious domino-like effect on Eastern Europe. We find out how Peter Millar felt when he opened his Stasi file and discovered which of his friends had - or hadn't - been spying on him. A compelling, amazingly insightful and entertaining read, this book swiftly dispatches the mythology of the Fall and brings Peter Millar's characteristic wit and insight to one of the most significant moments in history.

Gritty and gripping, Bloodstorm is the beginning of a chilling series.Karl Kane is a private investigator with a dark past. As a child, he witnessed the brutal rape and murder of his mother. The same man sexually molested Karl, leaving him for dead with horrific knife wounds covering his body. Years later, Karl has a chance to avenge his mother's murder by killing the man responsible. The opportunity arises on one unforgettable Good Friday night. For reasons he later regards as cowardice, Karl allows the opportunity to slip through his hands, only to be shattered when, two days later, two young girls are sexually molested and then brutally murdered by the killer on Easter Sunday morning. Karl now holds himself responsible for their deaths.

At thirty, Helen Clarvoe is only: her only visitors are the staff at the hotel where she lives, and her only phone calls come from a stranger. A stranger whose quiet, compelling voice lures the aloof and financially secure Miss Clarvoe into a world of extortion, pornography, vengeance, madness and murder...


International jewelry smuggling may be a man's business, but beautiful Cay Morgan can hold her own with the best. Until a rival known only as The Trader has her scarred for life as a warning to stay out of his way. Now Cay's on her way to Mazatlan, where one of The Trader's men has been spotted. There's a big deal going down but she's not there to make a score. Just to settle one.

Mark Burrows is an 'invisible man', a British secret agent adept at moving undetected through the most hostile environments. Summoned for one last mission, he must make contact with Charlie Ashe, his fearsome former colleague and brother-in-law. Ashe has reappeared with a new name and a terrifying new agenda in the Storm Zone, a mysterious region racked by devastating hurricanes and inhabited by cults, criminal gangs and insurgent armies.

The mission will force Burrows to question his loyalties and to understand that the greatest danger lies not with his target, but with the forces that seek to control the world around him.


NOMINATED FOR THE EDGAR AWARD

Terry Traven is an L. A. private eye who modeled himself after Philip Marlowe and thrived in the 1960s, becoming a minor celebrity for his hardboiled style and his skill at tracking down runaways. But now it’s the 1980s, his minor fame has completely faded, and he’s barely making a living. So he jumps at the opportunity to find a wealthy, born-again industrialist’s missing son who has been dabbling in drugs and punk rock. It’s not just a chance to save the kid… but himself. Traven’s search leads him into a bizarre, cocaine-drizzled world populated by kidnappers, drug dealers, talent agents, greedy entrepreneurs, religious zealots and desperate killers.

“Miller pretty much equals the masters — Hammett and Chandler — of the hardboiled detective story,” Houston Post 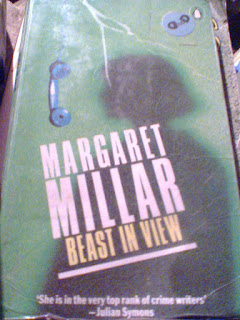 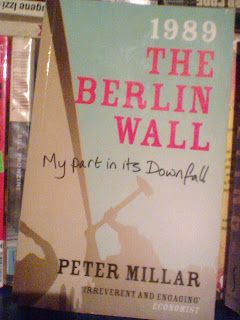 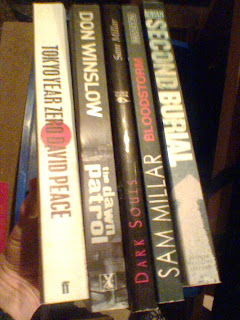 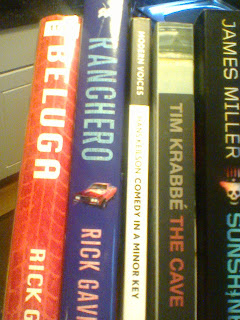 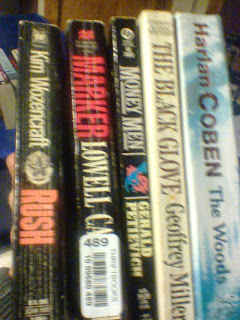 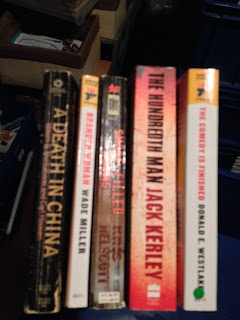