Six TBRs from Scotland from the library in limbo........


From the award-winning author of The Glasgow Trilogy, comes Every Night I Dream of Hell, a dark and thrilling Glaswegian crime drama.

Nate Colgan: a violent man; 'smart muscle' for the Jamieson organization. Someone to be afraid of.

But now, with its most powerful individuals either dead or behind bars, things within the Jamieson organization are beginning to shift. When Nate, long working on the fringes of the business, is reluctantly appointed its new 'security consultant', he can little imagine how things are about to unravel.

It begins with an execution, a message; and soon the various factions within the organization are sent into chaos. But out of the confusion comes one clear fact: a new group has arrived in Glasgow, and in their quest for power they are prepared to ignite a war. But who is behind the group? And why has the calculating Zara Cope - the mother of Nate's child - suddenly appeared back in town?

Meanwhile DI Fisher, buoyed by his recent successes in finally jailing some of the city's most notorious criminals, is prowling on the edges of these latest battles, looking for his chance to strike before all hell breaks loose.

A dark and thrilling Glasgow crime drama from the award-winning author, in Every Night I Dream of Hell Malcolm Mackay takes us deep into a world of violence, fear and double-crossing that grips the listener until the end.

On a bleak, rainy autumn night, a sports car skids into the driveway of a hospital outside a small town near Glasgow. As it spins to a stop, the driver flees into the adjacent woods. In the passenger seat, the son of the town's most prominent citizen is dead of a heroin overdose.

Spurred by the trouble of death and the first known appearance of heroin in their community, the local police force, led by Superintendent McCaig, dive into the search for the pusher which uncovers many strange patterns - bitter love affairs, sexual deviations and addiction - all bound to a ruthless pursuit of power and status within a rural community which has never before acknowledged that progress can bring evil in its wake as well as contentment.

The Shooting Gallery is a story of psychological suspense that you will find hard to put aside.

As Glasgow's best known hard man (albeit rehabilitated), there's no denying Jimmy Boyle's credentials when it comes to writing a novel such as this. But wielding a razor against unlucky opponents in one's youth isn't exactly a training for a writing career, and though Boyle has established himself as a writer of genuine sociological gifts, the novel is a whole different ballgame. Within pages of Hero of the Underworld, it's clear that Boyle has been able to parley his bloody experience into a taught and extremely well-written crime novel. After 10 years inside, the eponymous Hero is back on the streets. Coming to terms with a changed and dangerous new world of spivs, violent criminals, dead-end jobs and grisly accommodation, it's a Herculean effort just to survive. And when Hero finds himself organising a motley crew of former mental hospital patients to take a stand against the collected might of the underworld, the results are often surprisingly comic as well as tense. In fact, the blackly comic aspects of Boyle's debut novel are often the most beguiling surprise here: the authenticity of the tangy dialogue is something you'd expect as a matter of course. This tragi-comic chronicle of the disadvantaged handles its themes of danger and redemption with assurance and verve. --Barry Forshaw


A series of high-profile shootings by a lone sniper leaves Glasgow terrorised and police photographer Tony Winter - a man with a tragic hidden past - mystified. Who is behind the executions of some of the most notorious drug lords in the city? As more shootings occur - including those of police officers - the authorities realise they have a vigilante on their hands. Meanwhile, Tony investigates a link between the victims and a schoolboy who has been badly beaten. Seemingly unconnected, they share a strange link. As Tony delves deeper, his quest for the truth and his search for the killer lead him down dark and dangerous paths.

Book Two in the Laidlaw series

The Laidlaw books are widely considered to be among the greatest achivements of Scottish crime writing and the founding novels of what has since become known as Tartan Noir.

In this second book in his monumental Laidlaw series, McIlvanney tells the tale of Eck Adamson, an alcoholic vagrant who summons Jack Laidlaw to his deathbed. Probably the only policeman in Glasgow who would bother to respond, Laidlaw see in Eck's cryptic last message a clue to the murder of a gangland thug and the disappearance of a student. With stubborn integrity, Laidlaw tracks down a seam of corruption that runs through all levels of Glaswegian society.

William McIlvanney has twice been awarded the CWA's Silver Dagger award and is the recipient of the Whitbread Award for Fiction.


Set in the early Eighties against the backdrop of Thatcherite rule and the violent clashes between police and miners, The Licensee dives back into the Glasgow underworld as a new era is ushered in. Heroin is rife. Dealers are getting rich in a hurry and some law-enforcement officers are tempted by easy cash to turn a blind eye. Johnny McGinty, the tough but likeable small-time crook in No Smoke, has graduated to the big time and is now the heavy man for nouveau-riche drug lord Pat McGowan.

Competition between rival drug dealers is fierce and McGowan thinks nothing of torching a family home, occupants included, in order to frame his opposition and gain a monopoly of the market. This is a new and volatile breed of gangster. Honour amongst thieves has given way to brutality, greed and the supergrass.

In a novel that bristles with dark humour and darker deeds, Collins's ear for street dialogue never falters. The Licensee establishes Collins at the forefront of British crime writing. 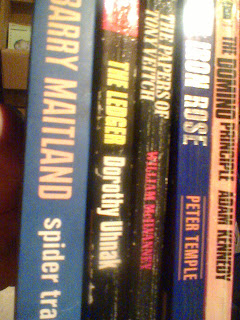 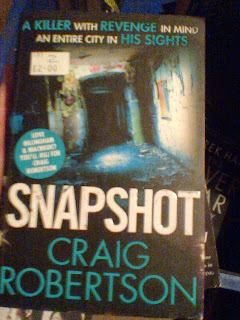 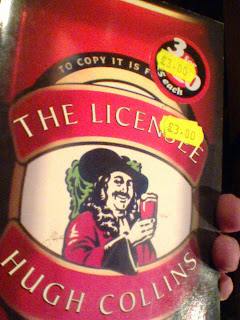 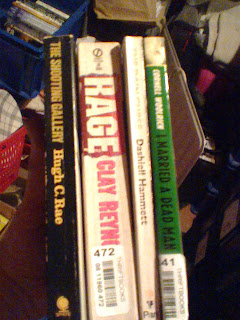 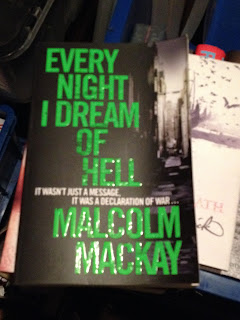 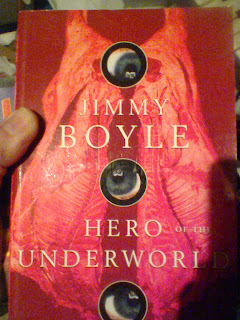