Today, I have G.B. Williams on the blog, talking a bit about her latest book, Locked In.
Locked In is the second in her "Locked" trilogy....... 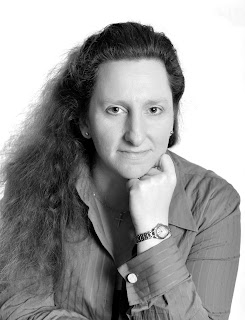 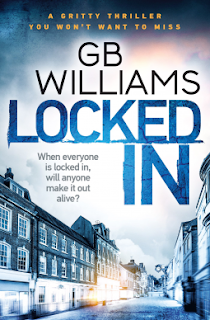 Locked In is the second novel in the Locked series and I’m rather proud of it.  What I’m finding though is that since the release of Locked Up, I’ve been getting some rather odd questions, and the one that really gets me every time is - how real is your book?

I always get stumped by this question because my default position it’s fiction, it’s not real.  But it doesn’t make take much to realise that the two can’t be mutually exclusive.

Yes, my books are fiction, and no they aren’t based on any specific real event – I don’t have to be slavishly accurate to the type of gun used, or a sequence of events as they actually happened.  They are however based on lots of real events.  I’ll get back to those later, but it’s important to note that there still has to be a lot of ‘reality,’ even in fiction.

All fiction is about characters, and if they don’t come across as real, then the fiction doesn’t work. So I do everything I can to make my characters as real as possible.  They swear, they get hungry, thirsty, scared, aroused, they have to go to the loo.  This last is something that annoys me about lots of books, all this wonderful action but the characters never stop to eat or pee. That makes me think the characters in those book are too perfect to be real. So I give those imperfections to my characters because I think that makes them more real.

So, page one - Teddington is in a foul mood.  She’s having a bad day, a really bad day.  We’ve all had those, right?  What feels more real than a bad day?  And we’ve all done stupid things that we didn’t intend to - like smashing open a door harder than we meant to.  That’s line one, by the way. I thought I’d open with a bang.

Having a gun pointed in her face - I’m sure that’s real, happens to people all over the world, all the time.  But it’s never happened to me and I pray it never will because I’m not as brave as Teddington and I have a horrible suspicion that if someone pointed a gun at me, I’d be so scared I’d wet myself.  Didn’t put that real in because that’s my reality, not Teddington’s; she’s way braver than I am.

That’s another part of the real I try to keep to.  I try to figure out what the person I’m writing about would do in real life, and keep to that.  A friend of mine once said that I talk about Charlie Bell like he’s a real person. And I do. Because to me, he is. And if I can’t talk about my characters like they’re real, how am I going to write about them like they’re real?

I also recognise that those I’ve edited will be screaming at me to read that last paragraph. I’ve comment-screamed at lots of writers - don’t start sentences with conjunctions! Something I did twice in the last paragraph alone. Well, here’s another reality - I’m writing this for a blog, it’s not prose-prose, it’s a written conversation between you and me. Admittedly, it’s rather one sided conversation, but you know what I mean, this is blog not a book, they are very different things. In real life, people don’t have conversations in perfect grammar; we change tense, we start sentences with conjunctions, we confuse words, we swear, we get things wrong. We are imperfect and our conversations reflect that. Knowing that means that I try to emulate the natural rhythm of speech in my work. So when I have Londoner talking, ’e’ll say ’is words while dropping ’is aitches.

The other real has to be the character’s motivation. Why would these people rob a bank?  Why would Teddington try to save the other hostages?  Why are there heroes and villains?  People don’t just strike out because they can, they strike out because there’s a pay-off, it’s going to get them something, even if that something is just a release of frustration.  The main event in this book is a robbery, the robbers want what is in the bank, that’s the motivation for the villainy.  The more interesting question is why they want what’s in the bank.

But why get in front of the villain and their gun?  Well, the first time she does it, Teddington doesn’t have a choice, she’s just the closest. The reason she puts herself in the firing line - well I’m not going to spoil that for you, you can see it when you read the book, but the reason is in there and it’s close to her heart.

The last real is, could this really happen? Well, banks exist, they are holders of wealth. Interestingly, they don’t just have safes, they have security boxes. A security box could hold anything. Usually the person paying to rent that security box will consider the contents worth more than the money being paid, sometimes much more valuable than the constituent parts. A diamond necklace is a smaller item than the cash it would cost to buy it, after all.

Of course, robberies do happen - not every day, but they do happen. So I knew that part was real.

More inspiringly for Locked In, ten years ago there was a bank robbery in my home town - the town I grew up in, not the one where I live now. It was a massive robbery, possibly the biggest bank robbery in the country ever. It wasn’t the amount of money that I found inspiring, but another key factor. It was a factor which I stole to put in Locked In - but no spoilers, you’ll need to read the book to find out what that extra factor was, but it made for an interesting twist. 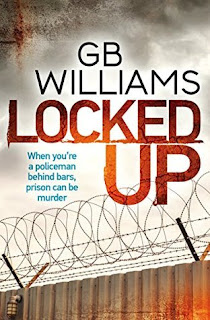 Many thanks to Sarah Hardy of Bloodhound Books for connecting us.

Bloodhound have published both books in the series so far.

Locked Up - the first in the series was read last month - a few thoughts here.

G.B. Williams has her website here. She has a fair few books published already - too many to mention. She's on Twitter- @GailBWilliams