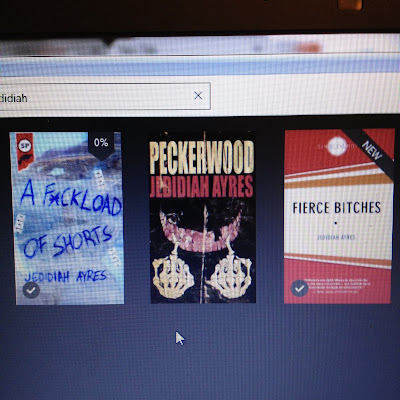 2 from Jedidiah Ayres this week. He's not an author I know a hell of a lot about. 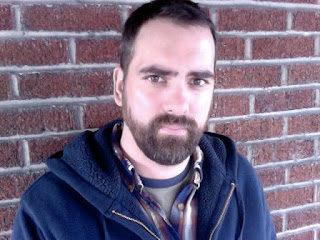 Ayres has his blog here.

I've had these two and his collection - A F*ckload of Shorts on the kindle for four or five years now.

Another acquired taste and I somehow doubt he's going to be challenging Dan Brown and Stephen King at the top of the best-seller charts, but that's not to say he doesn't write the kind of books I want to read. Notwithstanding the fact that I haven't.....yet. 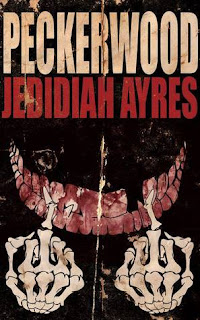 Assault, armed robbery, and the occasional blackmail: life is pretty damn good for Terry Hickerson. He's got a dog, a best friend, enough cash to get him drunk, and a teenaged son to carry him home. Sure he's a constant pain in the local law's ass, but Sheriff Jimmy Mondale's got enough to worry about, what with his estranged daughter on a tear, and the District Attorney being onto his partnership with ex-biker, meth kingpin, and tackle shop owner Chowder Thompson. When tragedy hits their small town of Spruce, Missouri, Terry's peckerwood bullshit will push the three of them into a volatile whilrwind complete with bullets, bodies, and broken bones.

"A masterpiece of dirty, down-low rural noir. Read it and sink a little further into the muck." Scott Phillips, author of RAKE and THE ICE HARVEST

"PECKERWOOD is intensely original and harrowing country noir. Ayres delivers sharp-edged prose that lands like a knife under the ribs." - Dennis Tafoya, author of DOPE THIEF and THE POOR BOY'S GAME 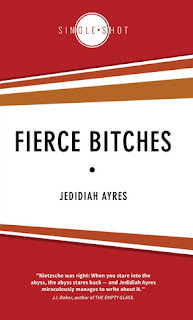 Across the border lies Politioburg: hell on Earth, home to putas, punks and psychos.