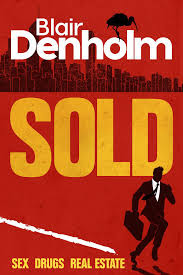 The Gold Coast swelters in record temperatures, and car salesman Gary Braswell's hot under the collar. With sales at rock-bottom, and up to his neck in debt to loan shark Jocko Mackenzie, Gary's sweating on a fat commission from a mysterious Russian couple.

If the loan is not repaid, there's more than Gary's kneecaps at stake - his long-suffering wife's also in peril. But Jocko demands more than repayment and has sinister plans for the hapless salesman.

Gary turns his skills to real estate and is soon embroiled in the murky world of money laundering. With the federal police sniffing around and Jocko on his tail, Gary concocts an audacious scam.

Success means money - lots of it.
Failure means death.
But can hard-drinking, cocaine-snorting Gary pull it off?

Hilarious and dark, Sold is noir at its best - a whirlpool of sex, drugs, and real estate.

Another new author to me and a debut mystery set in Australia's Gold Coast.

I really enjoyed this one. Gary Braswell is not a pleasant man. His addictions have control of him and despite his best intentions to be a decent husband to his wife, it just isn't happening. Not when the allure of another drink or another bet are so easily surrendered to.

Braswell owes money and his problems are mounting. His loan shark, bookie has him by the short and curlies and a trip to Thailand smuggling drugs for Jocko Mackenzie is on the cards. Refusal is not an option with Jocko's sidekick waiting in the wings to inflict physical damage on Gary and more frighteningly extreme sexual assault on his innocent wife.

Braswell may have an out. His salvation may lay with some dubious Russian clients he has gotten involved with. Or conversely his friend’s suggestion to involve the federal police may bear fruit. Always assuming he can keep his head long enough to execute a plan.

For a big part of the novel it was a kind of light-hearted read. Yes our main character is in trouble and he’s out of his depth, but there were some fantastic comedy scenes which kind of suckered me into thinking things would be resolved without too much pain or injury to our main characters. Denholm then pulled the rug from under me, when a long threatened event occurs (albeit from an unexpected source); an event - which gives the novel a seriously dark turn.

As well as the comedy elements, I did feel a kind of sadness as Gary stumbles from one crisis to the next, on an ever-increasing downward spiral. I didn’t like the man, but there was enough about him that had me hoping he could turn his life around – get a grip on his addictions and move forward with his wife and his life. His turmoil isn’t pretty to observe, though I have to say it’s never boring. Denholm achieves a delicate balance, by having me rooting for a character – one with more faults than virtues. 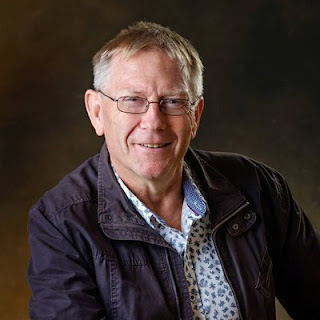 Blair Denholm and Gary Braswell are definitely an author and main character that I’d like to read more of in the future.

Margot Kinberg spotlighted Sold recently over at her blog – here.