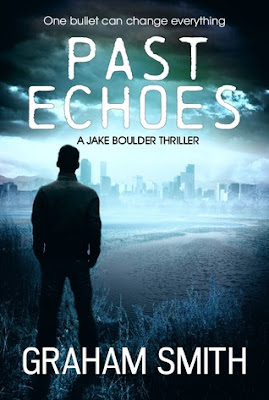 Looking for a fast-paced and utterly gripping crime thriller? Then try this book by #1 best-selling author Graham Smith, an explosive thriller full of stunning twists and turns.

Tasked with finding a beneficiary and revealing a dead woman’s secret, Jake Boulder travels to New York with his girlfriend Taylor. He also has to find his estranged father for a life-saving transfusion.

Once there he becomes embroiled in a web of mystery, deceit and violence which sees him pitted against a professional assassin known only as The Mortician. Boulder must use every drop of his courage and cunning to survive the chaos that envelops him.

My third time out of the traps with Graham Smith and his bouncer-cum-part-time investigator, Jake Boulder. Here we see a previously only-hinted at harder edge revealed, as Boulder crosses a line from which there is no turning back.

Past Echoes picks up on a couple of story strands touched upon in the previous book, The Kindred Killers. Firstly, Jake has to locate the former boyfriend of the late, local news reporter - Fifine Rosenberg and pass on details of an inheritance. Rosenberg fled New York forty years ago in fear of her life, working on her biggest story. This story still needs to be told. Secondly Jake's half-brother needs a transplant and he needs to track down their absent, arsehole father to see if he can help and time is critical.

Off to New York then, girlfriend Taylor in tow as we are killing three birds with one stone. Taylor has a family wedding to attend and Jake's presence would be welcomed. Before long we make progress on all fronts, but at a horrendous price.

I really liked the pacing of the novel, but if I'm truthful an element of the plot was a little bit unbelievable. It was a little bit of a stretch for me to buy into the unexposed corruption story angle staying a secret for the length of time it did. That aside, I was more than happy to read along and see what other surprises Smith had in store.

Jake, with his friend Alfonse helping from a distance, gets down and plays just as dirty as the mob in an effort to wreak revenge, for - spoiler alert - a hinted at event above. Smith excels in scenes where Boulder has to face down his adversaries. There's plenty of smart dialogue and great action. There's also an interesting dynamic between Boulder and his biological father. Jake much to his disgust has inherited some of his father's qualities. 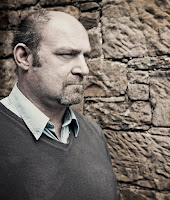 The Kindred Killers was reviewed here. Watching the Bodies - here.