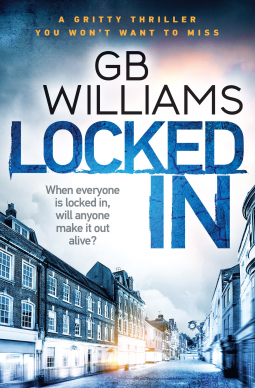 "Drama and tension from page one"
Do you love gripping and hard-boiled crime thrillers? Then try GB Williams' unmissable Locked In.

Ariadne Teddington is having a bad day.  Then she finds herself staring down the barrel of a gun.

Stuck in a bank robbery turned hostage situation, Ariadne keeps her head down and her mouth shut; because if there is one thing criminals hate more than the police it’s prison guards.

Trapped with a child, a policeman, and a robber on the edge, Ariadne desperately searches for a way out for them.

Can they all escape unharmed?

And when everyone is locked in, will anyone get out alive?

Locked In offers us a bank robbery and a hostage situation and for the most part was an enjoyable read. I previously read Locked Up, the first in the series and while enjoying that one also, I didn't like the chemistry between the two main characters Ariadne Teddington - prison officer and Charlie Bell - ex-cop turned murderer and now a prisoner. There's a suppressed mutual attraction given their very different statuses which I didn't like.

Here we have Ariadne in the bank when the raid goes down. The police have been tipped off about the raid and are waiting outside and have a detective in the bank also. One of the staff trips a silent alarm and an immediate getaway is foiled. Teddington tries to put her skills as a prison officer - a firm, calming presence to good use the protect the more vulnerable hostages in the situation as well as drawing the frustration and ire of our gang of villains onto herself. A strategy that works and she does take some lumps in the book.

Plenty of tension in the narrative and a decent story line. If I'm truthful, again a little bit spoiled for me by Mr Bell's introduction as one of the robbers - though that in itself is a more complicated matter than appears at first. We kind of had a re-run of the unresolved tension between the pair. Deja-vous, deja-yawn. As individuals they are both strong, likeable characters as a pairing I just don't buy them.

Decent resolution, a fairly fast read as most of our tale with the exception of some back story goes down in a day, rather than a protracted period of time. We get a perspective from the negotiators in a hostage situation and see the pressure the decision makers operate under with a bit of political interference and we also have the inside track. The gang don't want to be caught and are prepared to harm a hostage or two to underline their seriousness. At the end, we receive a nugget of information which I'm speculating might form part of the story for the series finale. 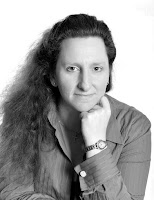 Locked Up was reviewed here.