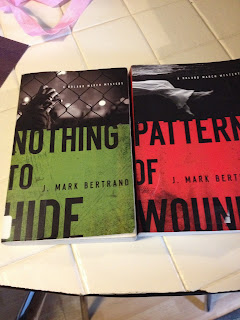 2 from J. Mark Bertrand this week. Bertrand has written 3 books in his Roland March series. Back on Murder from 2010 is the opener. These two being the follow-ons. I probably don’t read enough police procedurals, so this might be a decent place to start putting that right…note to self!

There’s a bit of an author biography, I’ve lifted from his website…..J. Mark Bertrand grew up in the humid swampland of Southwest Louisiana, in the boot heel of the state not far from the Texas border. He soaked up some atmosphere, then left for Houston, where he began the love/hate relationship to the city that permeates his series of Roland March crime novels. He has an MFA in Creative Writing at the University of Houston. After one hurricane too many, his wife Laurie finally won the argument over where they should live. Now Bertrand is a Southern ex-pat living far away in the Dakotas. The distance partly inspired him to write about his former home. 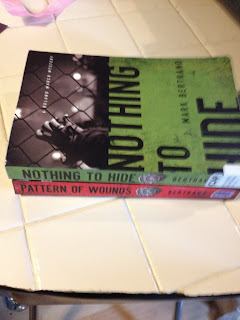 And a bit about his books…..

Back on Murder, the first of Bertrand’s crime novels featuring Houston homicide detective Roland March, came out in 2010, followed a year later by Pattern of Wounds, which was short-listed for a Christy Award. After 2012′s Nothing to Hide, March has been on hiatus … but he will return.

The Weekly Standard declared Bertrand “a major crime-fiction talent,” ranking him alongside writers like Michael Connelly, Ian Rankin, Henning Mankell, and Jo Nesbø. The March novels have been praised in Comment and Books & Culture, which declared them “one of those series that is worth getting attached to.” 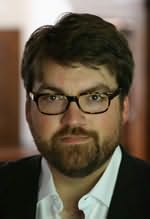 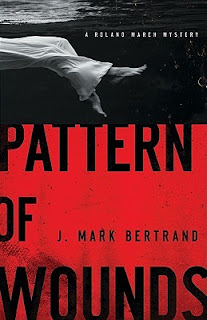 It's Christmas in Houston, and homicide detective Roland March is on the hunt for a killer. A young woman's brutal stabbing in an affluent neighborhood bears all the hallmarks of a serial murder. The only problem is that March sent the murderer to prison ten years ago. Is it a copycat -- or did March convict the wrong man?

Alienated from his colleagues and with a growing rift in his marriage, March receives messages from the killer. The bodies pile up, the pressure builds, and the violence reaches too close to home. Up against an unfathomable evil, March struggles against the clock to understand the hidden message in the pattern of wounds.

The Stakes Have Never Been Higher for this Homicide Cop 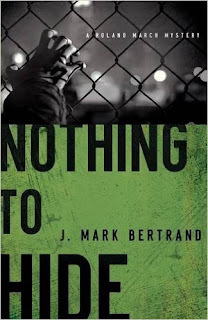 This time, a new case is launched by the discovery of a headless corpse...only the investigation quickly becomes complicated when a blood sample analysis brings a phone call from the FBI.

The body was an undercover agent working to bring down Mexican cartels. The feds want the case closed rather than risk exposing other agents in the field, but March can't abide letting a murder go unsolved. And he doesn't have to dig long to figure out something isn't right.

Someone is covering something up, and it seems that everyone has something to hide. Maybe even March, as the case soon intersects, unexpectedly, with the murder that led him to become a homicide cop, all those years ago.
Posted by col2910 at 00:10