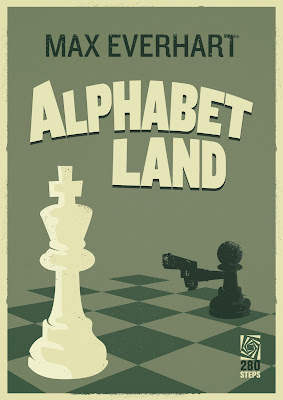 A "problem-solver" is trying to clean things up in a neighbourhood awash in drugs, violence and crime.

In Alphabet Land, a rundown neighbourhood in Clyde, SC, Luke Bump calls the shots. So when Bump, a sadistic career criminal, orders an indebted employee named Crispy to rob
Rebel Pig BBQ, Crispy obeys, absconding with $66,000 in cash. But not before shooting the owner, Robert Leviner.

Enter the Rook, an ex-convict turned “problem-solver”, who plays chess and carries a .45 Chief’s Special to get justice… his way. The Rook’s mission: retrieve Leviner’s nest egg. And in the process, pry Alphabet Land loose from Luke Bump’s deadly grip.

"Alphabet Land is as coarse and gritty as Carolina noir can get. Max Everhart has a new big fan."
—JOHN VORHAUS, author of The California Roll

"Everhart has skillfully put together a fresh, tight tale that juggles the story of multiple damaged goods characters that collide face-first on a chunk of dirt called Alphabet Land. Crime story goodness that’s gritty, pulpy, tragic, even funny at times and rips through pages like lightning."
—MIKE McCRARY, author of Remo Went Rogue and Getting Ugly

"Alphabet Land, decrepit neighborhood on the wrong side of the bridge in Clyde, South Carolina. A bridge separating “haves” from “have nots,” opulence from squalor, justice from injustice. Meet the Rook, product of Alphabet Land, casket-maker and “problem-solver” by trade. Call him vigilante, or Robin Hood—the Rook lives by his own code and his word is his bond. Max Everhart’s mystifying hero is determined to stop the lustful power mongers from both sides of the bridge before greed destroys all hope for the hood’s people. Hang onto your hat, because you’re in for one hell of a non-stop ride through the dark and violent streets of Alphabet Land!"
—E. MICHAEL HELMS, author of the Mac McClellan Mystery series

We start with a scared teenager, Crispy trying to pluck up the courage to commit robbery on the instructions of Luke Bump. Bump controls the poorer neighbourhood in Clyde and has ambitions to make it over to the smart side of town and become one of the movers and shakers, ingratiating himself with the mayor. The robbery serves a dual purpose; it adds pressure on the owner to sell up – the mayor wants his property - and it offers Bump an increase in his stake money and the opportunity to get into bed with our corrupt mayor sooner.

Our robbery goes wrong with Crispy shooting the owner and holding out on Bump by keeping some of the proceeds for himself. The owner’s wife engages neighbourhood legend, the Rook – so called for his love of chess – to try and recover their money.

An interesting character, the Rook. He has a chequered history which is slowly revealed to us. He’s served time for killing an abusive relative and back on the streets now, he tries to assist people with their problems, refusing to accept payment in cash only accepting recompense on a weird kind of barter system. Unlikely perhaps but I was happy to go with it.

The Rook has his hands full. Recover the money, save the repentant Crispy from Bump’s vengeful nature, try and stop Luke Bump from totally destroying Alphabet Land, uncover the dark deeds that link the mayor to Bump, try to avoid getting killed by an angry cop who wants the compromising pictures of him and his boss’s daughter back and finish making the cherry-wood coffin for his dying foster mother.

Great characters – good, bad and unsavoury. Great story – well told...... drugs, robbery, corruption, haves and have nots, dodgy politicians, an abusive crime lord, fractured families, and if not quite an avenging angel, definitely someone trying to restore a bit of equilibrium to the mix.

I was invested in the story throughout and at 150-odd pages long it was a quick, pacey read. Definitely interested in further Rook stories in the future, should Everhart care to write any. 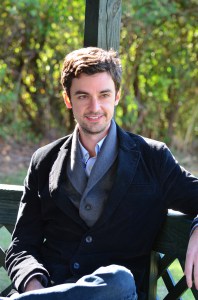 Max Everhart is another new-to-me author. He’s the author of the three book (so far) Eli Sharpe series and he has his website here. Catch him on Twitter - @maxeverhart14

Alphabet Land is published by 280 Steps in March.
Their website is here. I got access to this one via the Edelweiss review site courtesy of the publisher.