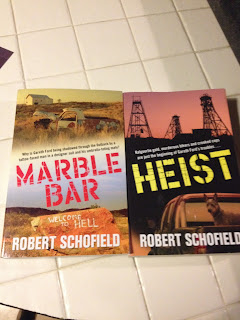 2 from author Robert Schofield this week. 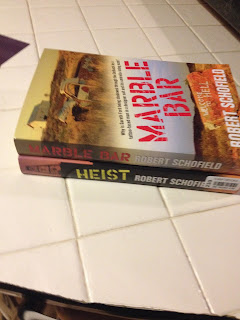 I think the author is a Brit living in Australia. I don't know too much about him, I don't know anyone who has read him or even how I got him on my radar. The books do look good though and have some decent reviews on Amazon Australia - more good than bad anyway. 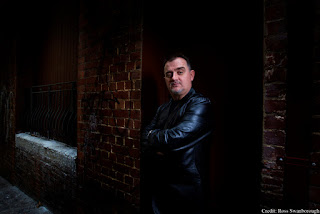 There’s a bit of a bio over on his website……

After graduating with a degree in engineering from Cambridge University, I worked as a structural engineering consultant, designing signature architecture including East Croydon Station, The Eden Project, Madrid Airport, Lichfield Theatre, and the London Imax Theatre.

I then travelled to Australia, and finding no call for creative architectural engineering in Perth, I adapted my skills to the mining and offshore industries, and for the last twelve years have been working in the gold industry. 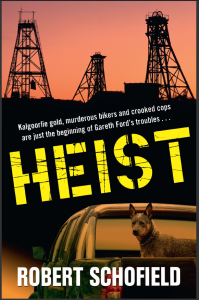 Ford laid his fingertips gently on the cut in his shoulder where the bullet had clipped him. His best chance would be to hitch a ride south at the first opportunity, before the police started looking for him. He was alone, enveloped in the monstrous silence of the desert. Free and alone, without assistance and without excuse.

Left for dead in the desert, framed as the inside man in a bullion robbery at the remote mine site where he works, and fearing that his daughter and ex-wife have been abducted from their home in Perth, Ford must cross a thousand miles of wilderness to find his family. Ford forms a fragile alliance with Doc and Banjo, a pair of fugitive bikers, and Kavanagh, a cop from the Gold Stealing Detection Unit who's found herself shut out of the case.

As this unlikely team sets out across the Outback, they are pursued by cops, mercenaries and bikers, each group with its own agenda for preventing Ford from reaching Perth and uncovering a conspiracy that spreads through the upper strata of Western Australian life. 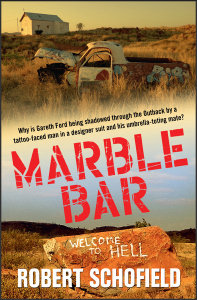 A rollicking, fast-paced follow-up to Heist

Gareth Ford, with a cloud still hanging over him because of his involvement in the Gwardar Gold Heist, has decided to make a new beginning in the iron mines of Newman. But when he returns home from the night shift and finds his roommate has been murdered, suspicion quickly falls upon him. He, however, fears he himself was the real target and soon discovers he is being tailed. He summons his old ally from the Gold Squad, DC Rose Kavanagh, and soon they find themselves in Marble Bar, searching for the Gwardar Gold and being pursued by a variety of desperadoes, each with their own agendas.
Posted by col2910 at 00:10