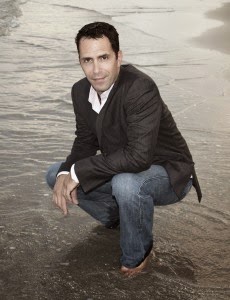 Brett was kind enough to submit to a few gentle questions.....

B: I work days as a software designer, which in an odd way is very similar to writing. Aside from the obvious similarities (typing), writing code requires me to float multiple, often incongruous processes in your mind until I have the necessary parts and connectors for it to all fit together. My current project is in a thousand little pieces, all spinning around me as I go though my daily life.

Q. How long did Noise take from start to finish? 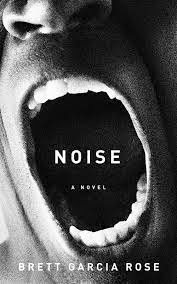 B:  I often don’t write for long stretches at a time, but even when I write regularly I only target an hour or so a day. A few hundred words at a time is fine for me, and I’d say maybe every 30 pages or so I go back and reread/revise, trying to keep the characters and story in check. I tend to group my writing sessions in terms of scenes, also, which are not the same as chapters. I also don’t believe in or even recognize writer’s block. You I don’t have anything to write, I find something more useful to do.

B: I usually have a vague idea of the ending resolution, but it’s a moving target, and a very vague one. If a scene prevents my characters from going where I intended them to be, or kills one of them off, the ripple effect makes me temporarily drop the ending, which gives me new room to write. In code speak, it’s like a bubble algorithm. But I can’t say where my characters will be in a week, because I can’t even say where I’ll be in a week.

Q. Did Noise end up as the book you anticipated writing at the start?

B: Noise started as a short story (the freezer scene). I never thought I’d write a novel, and I never anticipated how different it would be, both in process and product. The novel is much darker than I had expected, more polarizing and far more violent, but it also has some of the sweetness and sadness of my short fiction, mixed in with the brutal simplicity and fast pace of noir crime. Anything can be improved, but I’m happy with how it turned out. It’s definitely a unique book.

Q. You have also got a short story collection out there – Losing Found Things? Is it a different process writing short stories as opposed to a novel? Is it easier, harder…which format do you prefer working in? 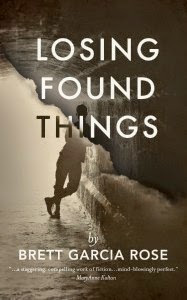 B: Short stories are much more of a tuning effort. When I sit down to write a short story, I already know the structure; in a way, it’s already written, so the process is linear, teasing out the strands and building it from the inside out. Writing a novel requires me to be lost, and to be comfortable being lost. It’s like wandering around in a snowstorm and leaving a trail of breadcrumbs in the wind. Frustrating and fun. But that’s how I live my life. If you don’t worry about where you’re going, you can never get lost.

Q. I may be wrong and apologies if I am, but are you self-publishing through choice – a conscious decision, or have you been unsuccessful to date in finding a publisher?

B: My plan was to publish my collection of short stories independently while I looked for an agent and/or trade publisher. That’s a harder sell than a novel, commercially, especially when they've all been published elsewhere and are available for free. I was already halfway through that process when I finished writing Noise, and by then I was so enamored and involved that I didn't even consider a publisher. Labor of love, that sort of thing. It was just so cool to drive the process, all of the decisions, the deadlines and compromises. The constant fear that it would suck and sink like a rock. When I finally had the finished proofs in my hand I’d felt like I created something organic. I can’t imagine how I’d feel if I’d poured so much of myself into writing a book, and then a year later a publisher mailed me three copies and a ‘good job’ note (although the advance would be nice). As a writer and publisher, it just feels so much more real to me. And the funny thing is, a lot of the people I worked with on my books also work for traditional publishing companies. I was like a project manager in that respect. So I can’t say exactly what a publishing company is, besides a big group of people doing exactly what I just did. Some can surely do it better (as can I). Surprisingly, however, many do it much worse.

Q. What are your hopes for the future publishing-wise?

B: Trying to finish my next novel (I’m a little behind), and then I’d also like to take on other publishing projects. I think the future of publishing is independents like me, and even a new wave of publishing consultants who help others publish their work in the best way possible.

B: Every story I've ever written has been published. Something to be proud of, I suppose. Or, conversely, maybe I just don’t write enough.

B: There are so many cool things about being a writer, but mostly it consists of quiet, humble pride. I’m in that rare class of people who sit at home and build things. So I’d say hands down that it was my first commercial acceptance. Even though I’d worked as a journalist and had work published in dozens of places, that was my first true fiction, and I sent it on a lark to a literary journal I’d stumbled across. This was before I knew anything about formatting, standards, basic writerly manners. When I got an email from the editor, I had to read it about a hundred times before it sank in. At that moment, in my mind, at least, I became a writer. Hard to top that. Although I was recently invited to Algeria by the State Department to represent American modern fiction, so that’s a close second. 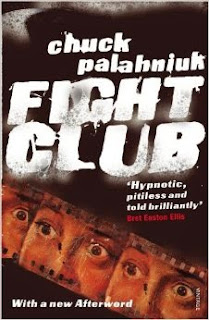 B: Fight Club. That was just awesome. And The Road. Oh, and the screenplay of Vanilla Sky.

B: Moving to new places. I’m an explorer. I've never renewed a lease in my life, and I never will. My current plan is finding a little mountain place in Colorado in the fall.

B: I’m working on a more commercial thriller, the first in a series. Third person, lots of action, plot-driven like Noise, but more complex. And a lot harder to write. People keep asking me for a sequel to Noise, though. I don’t see it yet, but I do love the character.

B: The constancy of it. A writer never really lives in the real world. I edit the moments I pass through. Everything I see, I change. When a dog walks by me, I change the breed. In every conversation I have, there’s a third person present. I watch the news with the sound off, because it’s more interesting that way. Fiction makes my life so much richer, and creating fiction is like a superpower. For me, the line between imagination and memory is not very sharp, and that makes everything I see and experience more interesting, more amazing. If you don’t like the world the way it is, change it.

B: It’s lonely, and not yet sustainable as a full-time career.

Q. If I pop back in a couple of years’ time – where do you hope to be with the writing career?

B: We’ll no doubt be discussing the movie version of Noise. I plan to tackle screenwriting next. But I’ll also be in the middle of the mountains somewhere…hard to reach.
--------------------
Thanks to Brett for his time.