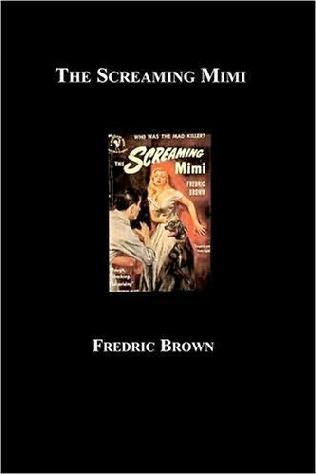 Bill Sweeney is a down-and-out lush. He is also a top-notch reporter. Aroused by the naked beauty of the Ripper's fourth victim--or near-victim--Sweeney pulls himself together and goes after the killer. As he puts questions and answers together, he finds himself face to face with madness and death.

A reporter and a drunk, a beautiful nightclub stripper with her malevolent protective hound and a controlling manager, cops under pressure with the Ripper attacks frightening Chicago’s population…….newspapers, the press, nightclubs, alcohol, mental illness, blackouts, a gift shop, an out of town sculptor, family tragedy, psychiatrists and a statue of THE SCREAMING MIMI!

With hindsight, it seemed so simple and obvious……..and vaguely familiar – have I read it in a previous life? So what, I loved it and what’s more I’d read it again next week if I had time, which unfortunately I don’t.

The Screaming Mimi seemed fast and fresh which isn’t a feeling I usually take away from reading books written pre-50’s. A tick in every box. 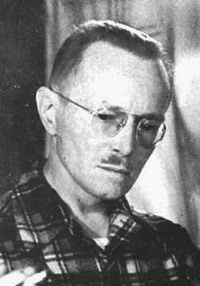 This was my 1949 read for Rich’s Past Offences meme here. 12 months after he kicked things off, it’s rewarding to eventually encounter a 5 star read!

This was my first taste of Fredric Brown, but I’m fairly sure I have more from him somewhere in the stacks – The Fabulous Clipjoint probably.

Brown wrote primarily mysteries and science fiction, penning over 30 novels and a large number of short stories before his death in 1972.

I’m fairly sure I have a copy of The Screaming Mimi somewhere anyway, but downloaded a free version over at Munsey’s to ensure my timely participation in May’s challenge. 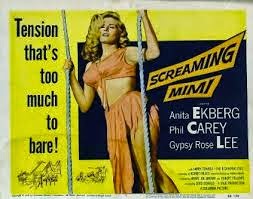 There was a film version in 1958 which starred Anita Ekberg, Phil Carey and Gypsy Rose Lee.