According to the bit of author biography on Fantastic Fiction his reputation has faded in the years since his death. It might be false memory, but I’m sure I can remember seeing his books on the shelves in the 70’s and 80’s. 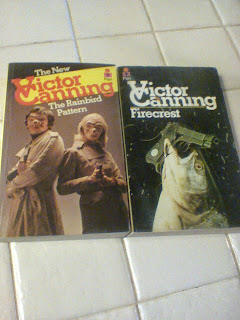 Firecrest and Rainbird aren’t listed as series books, but apparently form part of his Birdcage series of novels. Espionage, agents and intrigue……

I’ll see how these two go before committing to any others – always assuming I find the time to read these two! 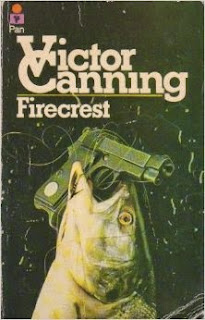 A famous scientist, strangely, suddenly dead. The secret he may or may not have entrusted to  his beautiful, depraved mistress. A revenge-filled British agent assigned to find the missing document. And a chilling error the Department discovered much too late...

This one was published originally in 1971, 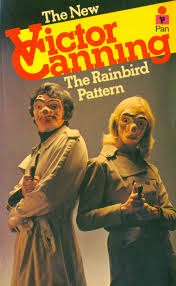 Thriller - Victor Canning, that Superb storyteller, features a brilliant, methodical killer who should never have been caught. He even finds room for a chilling surprise at the end [New York Times]


1972 saw this one published. There's something about animal masks that freaks me out to be honest! 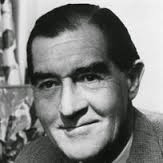