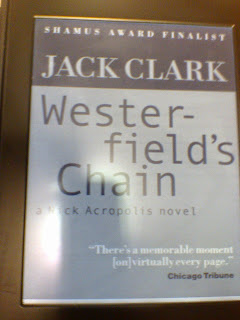 2 this week from Chicago cab-driver, journalist and author Jack Clark.

Ever heard of him? Me neither, until some browsing on Amazon a year or two ago when I hit upon his books.

I was reminded of Sam Reaves  and his Chicago cabbie series starring Cooper MacLeish.  Visit here for more info. 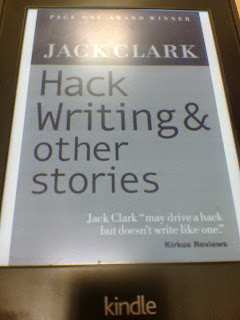 He’s written 4 novels in total including three in his Nick Acropolis series. The first of which – Westerfield’s Chain was published by St Martin’s back in 2002 and was a Shamus Award finalist.

There’s a nine year gap between Westerfield’s Chain and the second in the series, Dancing on Graves. Highway Side came out in 2011. His other novel was published by Hard Case Crime in 2010 – Nobody’s Angel.

He’s also written a couple of books with his mother - Mary Jo Ryan Clark. ON THE HOME FRONT and PRIVATE PATH. Studs Terkel said, "Jack Clark's wondrous celebration of his working-class mother and her natural gifts as a storyteller has touched me deeply. Hooray for Mary Jo Ryan Clark and her boy Jack."

Oh, and he’s also a singer-songwriter and plays gigs! (What doesn't he do?) 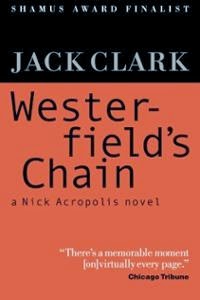 Westerfield's Chain was a finalist for the Shamus Award for Best First Private Eye Novel.

"A pure delight for many reasons, not the least of which is the way Jack Clark celebrates and rings a few changes on the familiar private-eye script. There's a memorable moment [on] virtually every page." - Chicago Tribune

"Clark knows his city: the geography and flavor of the neighborhoods are vividly presented, and interesting, often quirky characters are introduced along this fascinating ride." - Chicago Reader

"Jack Clark's descriptions are beautifully haunting and his plotting is exceptional." - Romantic Times 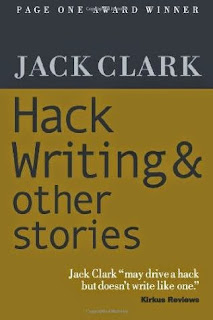 These 17 stories which first appeared in the Chicago Reader, cover everything from art to taxicabs. In between you'll find stories about pauper burials, the newspaper business, a high school cheating scandal, accidents and saloons. One element the stories have in common is the city of Chicago.
Posted by col2910 at 00:10