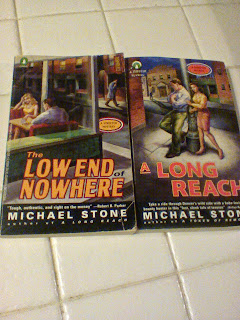 2 from author Michael Stone this week. Stone wrote 4 Streeter mysteries which were published 1 a year between 1996 and 1999. I've had all the books a few years, but unsurprisingly just haven’t got around to reading them yet.

I could never find out much about him on-line before, though Brash Books having republished his 4 novels have a bit of author biography now…….

Michael Stone started his career as a newspaper reporter, working as a correspondent for The Dallas Morning News and winning awards for his investigative journalism, before becoming a private detective in Denver. He used that experience to powerful effect when he became a crime fiction novelist. 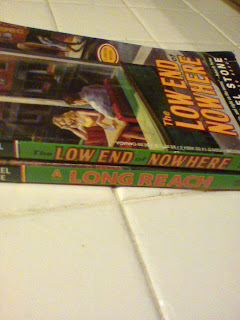 Stone’s blockbuster series of thrillers began with The Low End of Nowhere, which introduced bounty hunter Streeter, the tough-guy-with-a-tender-heart tracking down terrifying criminals on the streets of Denver. The smashing debut earned Stone praise from Robert B. Parker and other crime fiction legends…and snagged him a coveted Shamus Award nomination for best novel from the Private Eye Writers of America. The book was quickly followed by A Long Reach, Token of Remorse, and Totally Dead, each a uniquely-authentic and explosive mystery packed with the author’s real-life experience. Stone’s series of crime noir fiction is both darkly-funny and deeply-gritty…and rates as some of the most original and cutting edge work in the mystery genre. 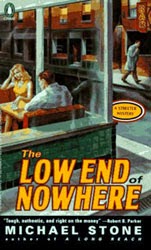 The Low End of Nowhere

Hired by a voluptuous advertising executive to find a stash of money that was hidden by her late drug-dealing boyfriend, Denver investigator Streeter finds a competitor in a corrupt attorney.

"Tough, authentic, and right on the money."
Robert B Parker 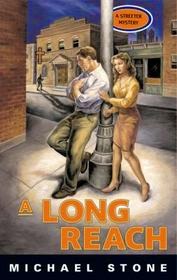 Denver, Colorado's toughest private eye, the hero of The Low End of Nowhere, Streeter reluctantly becomes the protector of his ex-fiancee, a straight-talking, curvaceous attorney stalked by a disgruntled client.