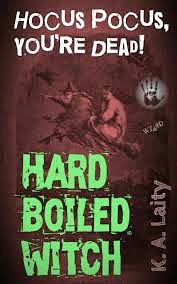 Hecate Sidlaw eats punks like you for breakfast -- at least that's what her familiar Henry claims. When someone needs a protection spell or a nasty hex, they knock on her door. Hecate can handle most magical problems, but what happens when a new crime kingpin gets a magic man of their own?

This 20-page ebook single is the first in a new series from the author of WHITE RABBIT, OWL STRETCHING, and the CHASTITY FLAME thriller series.

“Laity has been proving for quite some time now that her noir prose ranks right up there with the likes of Meg Abbott, Dorothy B. Hughes, and Sara Paretsky.” ~ Vincent Zandri

“Laity knocks your socks off with the language and also with the dialog.” ~ Les Edgerton

“Laity is probably a figment of her own imagination, and what an imagination that is! A witty and inventive wordsmith. A natural storyteller. A one off!” ~ Paul D. Brazill

“Laity mixes genres in ways that are always rewarding… a compelling writer who is utterly readable.” ~ Richard Godwin

Mindset - get some short reads into the month early and keep the scoreboard ticking over. So having read K. A. Laity last month, albeit under her Graham Wynd moniker - Extricate, and after seeing a blog post from the lady herself, shouting it was free on Amazon for a day or two, I downloaded this 22 page short story concerning witches.

It would be fair to say, witches are not usually a topic that crops up particularly often in my reading. (Having married my lovely lady wife, many years ago and thus inadvertently found myself related to one by proxy, I've tended to steer clear of the breed…….only joking, my mother-in-law is a lovely lady and yes having no real desire to be turned into a frog, I would say that, wouldn't I.)

Witches, spells, talking cats, broomsticks, a hostile priest, a knowing nun, a dragon and a complicit constabulary. Our white witch, Hecate Sidlaw with the assistance of Sister Julian restores peace and tranquility to our small setting.

Different, a bit quirky but entertaining. I think when I read short stories I sometimes have a tendency to zip from start to destination, without appreciating the scenery on the way.

Laity’s writing doesn't allow you to……..

Magic is an art. Leave it to the professionals— unless you want to be picking up stray limbs when your attempt to turn Aunt Miriam into a newt goes awry. It’s happened. I know: I've had to reanimate a corpse or two in my time. They’re never the same and the family, however grateful, never pays you enough to make it worth all the bother. Ain't that a kick in the cauldron? 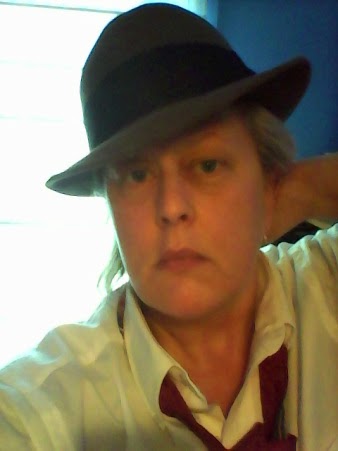 The client looked like he hadn't slept in a week. Dark circles hung below his eyes like the shadows of twin moons in their last quarter.

If witches are your bag there are a couple more tales in the Hocus Pocus series – Toil & Trouble and Charms O’erthrown.